Nole on most popular TV show in U.S. “60 Minutes“ on Sunday 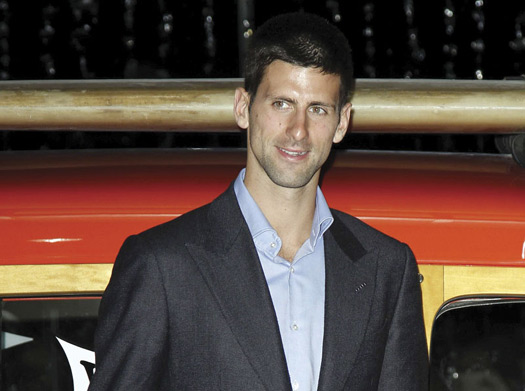 The documentary was filmed last year. It will be broadcast a day after Novak’s second round match at the ATP World Tour Masters 1000 tournament in Miami.

CBS made a story about Novak and his life, their crew followed him to SC “25 May”, to his grandfather in Banjica, to his mentor Jelena Gencic. They were with him when he visited kindergarten in Smederevo with UNICEF, and followed him to Monaco. This show hosts only one professional athlete per year.

This time it is a 24-year-old Serb, Novak Djokovic. The 60 Minutes series hosted the greatest stars from show business, Hollywood actors (George Clooney), singers (Beyonce Knowles), politicians Gaddafi (2001), Clinton, Obama, the founder of Facebook Zuckerberg, Microsoft CEO Bill Gates, athletes Agassi, Phelps, TV and radio host Larry King… It is said that when President Barack Obama wants to address his people, he goes to “60 Minutes” show. This is one of the most respected programs in the world, with a unique way of reporting.

In 2002, 60 Minutes was ranked #6 on TV Guide’s 50 greatest TV shows of all time. The show had won a total of 95 Emmy Awards, a record unsurpassed by any primetime show on any network. It consists of three long-form news stories, without superimposed graphics.