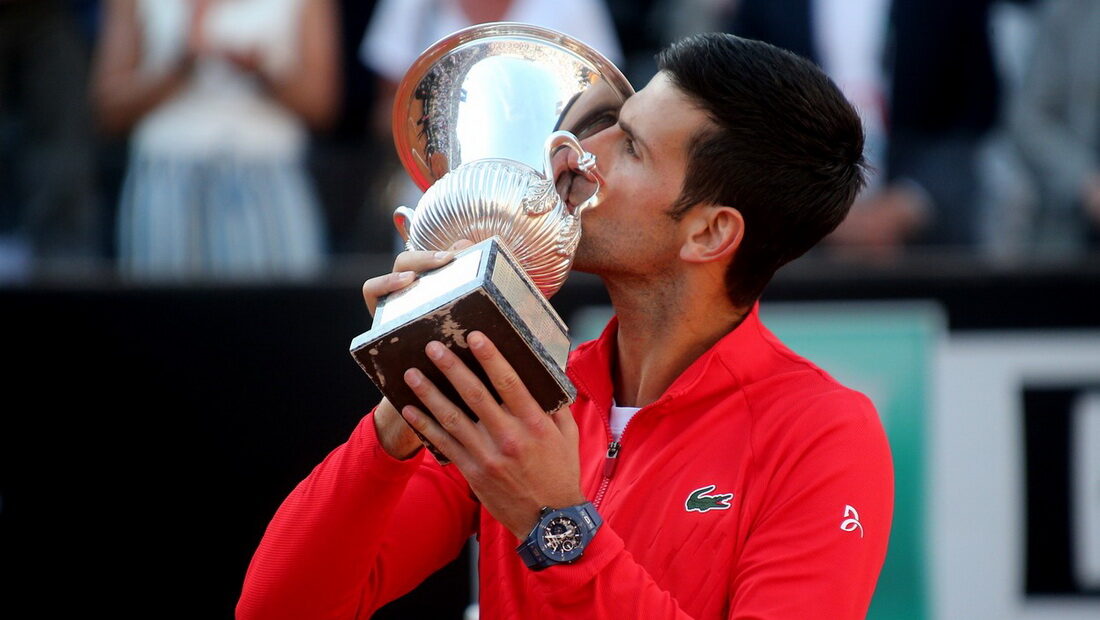 Nole ended the remarkable week with a triumph in the 2022 Italian Open final!

World no.1 Novak Djokovic defeated Stefanos Tsitsipas 6-0, 7-6 (5) in one hour and 36 minutes in front of a packed crowd on Campo Centrale on Sunday to capture his sixth title at the Internazionali BNL d’Italia.

The fourth seed from Greece started better in the second set. Novak’s level dropped slightly and Tsitsipas took advantage of it to grab a 4-1 lead. Djokovic displayed his winning mentality, rallying from 2-5 behind to force a tie-break. The 34-year-old Serb then held his nerve to seal his first tournament of the season.

Novak now leads the Greek 7-2 in their ATP H2H series.

“I surprised myself I can say. I had a clear game plan and I knew what to expect, so I knew what I had to do, but I did play a perfect first set,” Nole said in his on-court interview. “After that it was a little tighter. At this level, one or two points can turn a match and he was then back in the game at 4-1 up. The match could easily have gone to a third set but I managed to find the right shots at the right time to come back into the match. The tie-break I was maybe an inch better, but it was a tight, tight tie-break for both of us.”

Novak’s 87th career title came as a culmination of the hard work he has put in over recent months to prepare for the Roland Garros, where he will be bidding to win his 21st Grand Slam title. He did not drop a set en route to the trophy.

“I have been building my form for the past couple of weeks and I knew that my best shape on clay usually comes around Rome time, so it could not be better going into Roland Garros with a title,” the Belgrade native added.