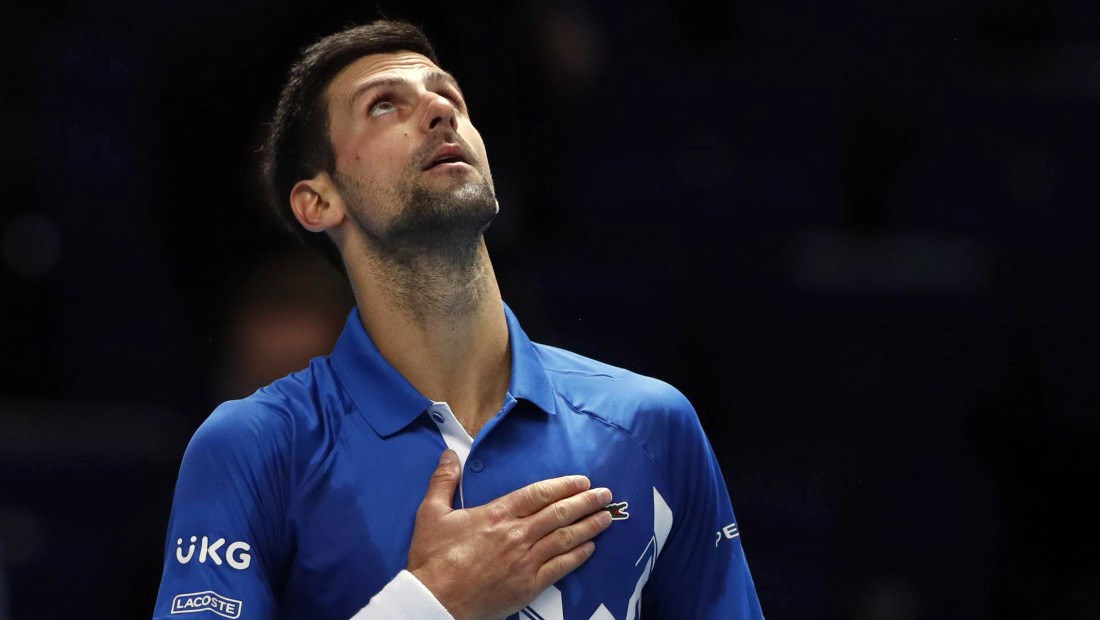 Nole overpowers Zverev to reach the last 4 in London!

Novak produced his best tennis when it mattered to reach the Nitto ATP Finals last four for the ninth time in his career.

World no.1 Novak Djokovic recorded a 6-3, 7-6 (4) victory against no.6 seed Alexander Zverev on Friday afternoon, to claim second place in Group Tokyo 1970, behind Daniil Medvedev.

Novak fended off all three break points he faced during the one hour, 36-minute clash, and was 9-12 on net approaches.

The 33-year-old Serbian star broke early and took the opening set after 33 minutes of play. Djokovic closed out the second set and the match with an impressive tie-break, improving his tie-break record in 2020 to 15-1.

”I felt great. Early in the first set he had a couple of break point chances. I managed to serve well in the important moments and contrary to the last match against Daniil, I just managed to find the right shots at the right time,” said Djokovic. “Sascha is a great player, has a huge serve. It was really anybody’s game, I think, for most of the match. In the tie-break I just read his approach from 4/3 and served well when I needed to, to close out the match.”

Top four players in the world will contest the Nitto ATP Finals semis on Saturday.

Looking ahead to the Thiem challenge, Novak said: ”Earlier in his career Dominic played his best on clay, but of course being one of the hardest workers on the Tour and most dedicated players, he found his ‘A’ game on all other surfaces. His first Grand Slam title came on hard courts earlier this year in New York. I played him last year here and lost 7-6 in the third set. It was really a thrilling match. Hopefully we can have another great match, but hopefully this time with another outcome.”