Nole powers to third round in Montreal 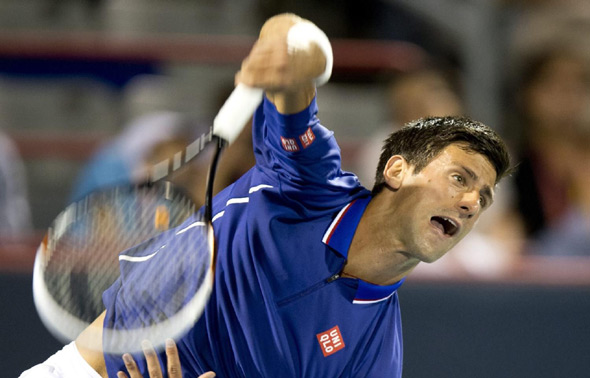 2013 Rogers Cup top seed Novak Djokovic stormed to the third round of the ATP World Tour Masters 1000 event in Montreal with a 6-2, 6-1 win over German Florian Mayer in just 55 minutes on Tuesday evening.

The two-time defending champion broke Mayer twice in each set and saved all seven break points he faced during their fifth career encounter (5-0).

Nole entertained the spectators by dancing to “Get Lucky” following the match.

“It was a little agreement I had with my friends when we had vacation time a few weeks ago,” explained Djokovic. “This is one of the summer hits. We listened to that song quite a lot. We had a lot of dancing going on. I said, Why not? I’ll do it after the first match in Montreal.”