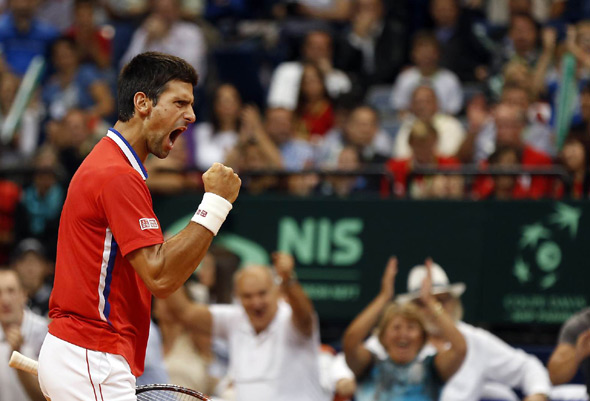 Serbia and Canada are tied 1-1 in their Davis Cup by BNP Paribas World Group semifinal tie after Day 1.

World no.1 Novak Djokovic put 2010 winners Serbia up against Canada in  front of a passionate 15,000 home crowd in Kombank Arena (Belgrade, 13-15 September).

From 1-2 in the opening set, Djokovic won 13 games in a row, breaking Pospisil six times. He hasn’t faced a single break point during the one-sided contest.

“It’s always great to win a Davis Cup match especially in front of a home crowd because you represent your country and I can say that it’s been a fantastic performance for me given that I only got here 48 hours ago,” Novak said. “There is a possibility I might play in the doubles tomorrow but team captain Bogdan Obradovic will have the final say. Either way this win will have boosted my confidence and the overall team spirit.”

Nole landed 85% of points on his first service and won impressive 12 out of 14 points when approaching the net.