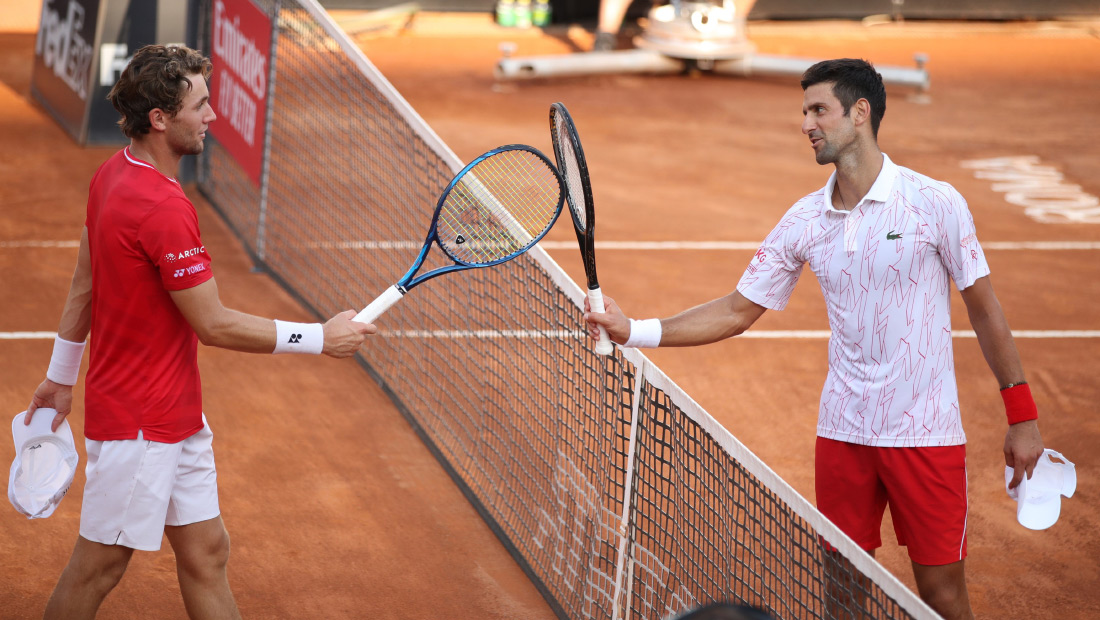 Nole is through to a record-setting 52nd ATP Masters 1000 final!

Four-time former titlist Novak Djokovic was made to work hard against the first-time Masters 1000 semifinalist Casper Ruud 7-5, 6-3, when they met for the first time in the Internazionali BNL d’Italia last four on Sunday afternoon.

The match at Centrale lasted two hours and 11 minutes.

Ruud covered the court very well in the opening set. He gained a break in the third game and consolidated it for 3-1 lead. After saving two set points at 4-5, Novak raised his game to another level and came up with two breaks, in the 10th and 12th games, taking a one-set lead.

Djokovic continued to serve with power and accuracy and made a crucial break in the sixth game of the second set to book himself a place in the final.

“It is super important to win the title,” said Novak. “I don’t take anything for granted, even after 15 years on the Tour, I still enjoy it. I still have a hunger for titles and putting myself in a position to fight for the title is exactly where I want to be.”

After defending champion Rafael Nadal suffered a defeat in the Internazionali BNL d’Italia quarter-finals on Saturday, Novak is the favourite to capture title in Rome.

The world no.1 from Serbia, who is currently tied with the Spaniard at a record 35 Masters 1000 crowns each, is one win from standing alone atop that leaderboard.