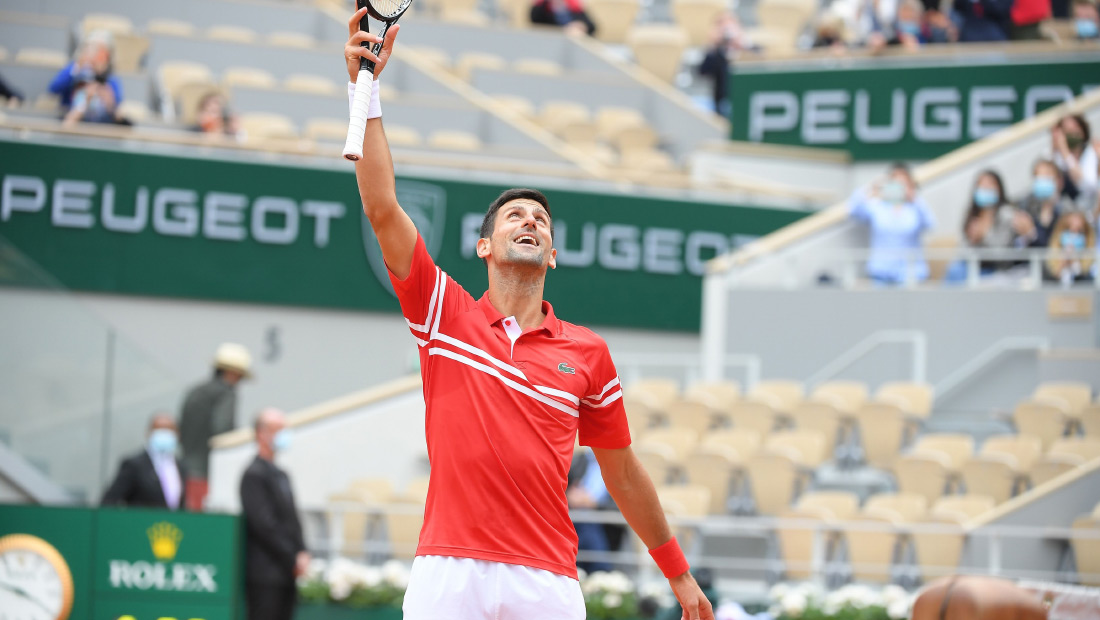 World no.1 Novak Djokovic is through to his 11th last-four appearance at the Paris major, following a 6-3, 6-2, 6-7 (5), 7-5 victory over ninth seed Matteo Berrettini on Wednesday.

The top-seeded Serbian star completed the 2021 French Open semi-final line-up when he beat the Italian ninth seed in the match lasted three hours and 28 minutes.

It was the first night session of the tournament that allowed fans to attend, but the crowd had to leave the Court Philippe-Chatrier midway through the fourth set due to the 23:00 curfew in France.

Djokovic broke four times from nine opportunities and saved all three of the break points he faced against Berrettini.

After sealing the first two sets, the 34-year-old Belgrade native was tested in the tight third set. The Italian held from start to finish to force a tiebreaker and won it 7-5. Leading 6-5 in the fourth set, Nole made a crucial break, converting his third match point.

The 58th career matchup between the two tennis greats is scheduled on Friday.

Ahead of a highly anticipated clash for a place in the Roland Garros final, Djokovic said: “I am confident, I believe I can win. Otherwise, I wouldn’t be here. Let’s have a great battle!”

Novak is bidding to capture his 19th major trophy. He is also seeking to become the first man in the Open Era and only the third man in history to win each of the four Grand Slams twice. Only two men have previously managed to win all four of the Slams on more than one occasion – Roy Emerson and Rod Laver.