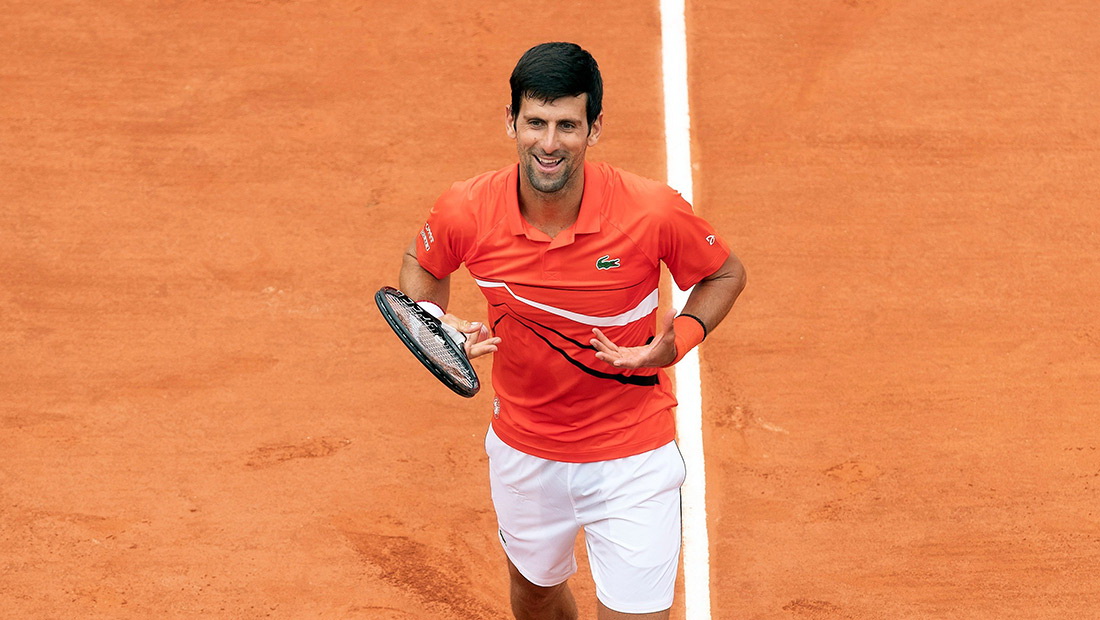 Novak’s bid for a second title at Roland Garros keeps getting stronger after storming past Jan-Lennard Struff 6-3, 6-2, 6-2 on Monday.

The top seed dominated the German to reach his 13th quarter-final at the French Open.

Djokovic, the 2016 champion, was too strong for Struff. He made a break in the eighth game and consolidated it to move ahead.

Two breaks in the second set were enough for the 32-year-old Serb to take a two set lead without any trouble.

The third set followed the same pattern, only Novak had to save one break point while serving for the match. He closed it out in one hour and 33 minutes, recording his 67th victory on Parisian clay.

“I am satisfied with my game. I reached quarter-finals, played as close to my best tennis on clay as I can be at the moment,” the world no.1 said. “I’m pleased with every aspect of my game. Everything’s coming together beautifully. I’m motivated to fight for the trophy, that’s why I’m here. But it’s still a long way to go.”

With the win, Djokovic became the first man to reach the last eight at Roland Garros in 10 consecutive appearances.

Next up for Novak is no.5 seed, German Alexander Zverev (H2H 2-2), who eliminated Italian Fabio Fognini (9).