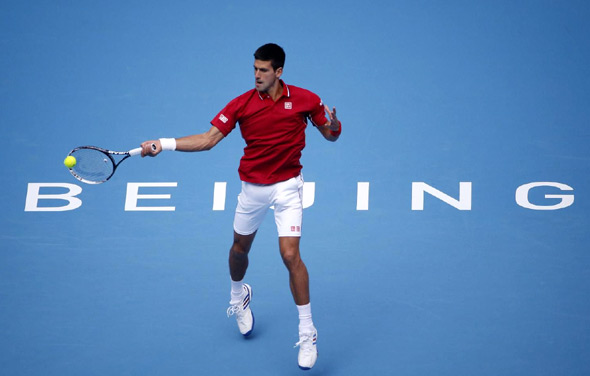 Defending champion Novak Djokovic reached the China Open quarter-final after a 6-3, 7-5 defeat of world no.41 Vasek Pospisil on Wednesday at the Beijing Olympic Green Tennis Center.

Novak won 82 per cent of his first-serve points during the match lasting one hour and 25 minutes. He broke four times in nine attempts, improving to 2-0 in FedEx ATP Head2Head meetings against the Canadian.

The top seed broke twice in the opening set to take it 6-3.

The only break Novak surrendered was in the seventh game of the second set. The Serb broke back in the 10th game after saving a set point, and converted his third match point two games later to record his 46th win this season and advance into the last eight.

Nole and his partner Filip Krajinovic pulled out of the doubles competition ahead of their quarter-final match with Fabio Fognini and Leonardo Mayer. The Serbian duo had previously received a walkover, when Ernests Gulbis and Marcin Matkowski withdrew from their first round encounter with injury (Gulbis).