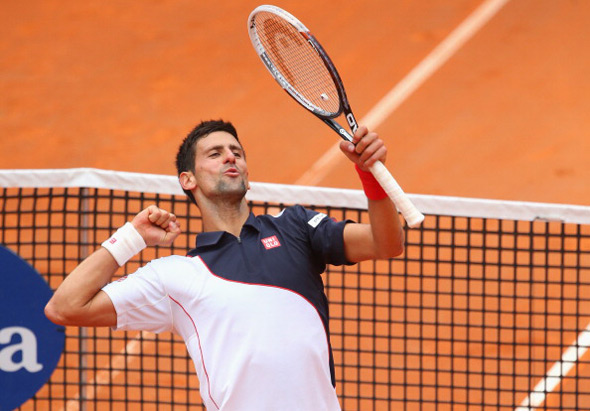 World no.2 Novak Djokovic will have the opportunity to win his third Internazionali BNL d’Italia title after he beat no.8 seed, Canadian Milos Raonic, 6-7(5), 7-6(4), 6-3 on Saturday in the semi-finals of the ATP World Tour Masters 1000 clay-court event in Rome.

The Serb sealed his 23rd win of the season in three hours.

After splitting the first two sets, with Novak taking the second set tie-breaker, the Belgrade native continued the momentum into a decider. He broke in the first and ninth games to reach his 29th career Masters final and improve his H2H record with Raonic to 2-0.

“It was a big win,” said Novak. “Because it gives me a lot of strength and belief that I hope I can carry into tomorrow’s final and the rest of the season.

“He played at a high level, especially on his serve, and I cannot recall the last time when I felt so helpless in the return games. I couldn’t really read his serve.”

Djokovic will look to lift the trophy for the third time, having been triumphant at Foro Italico in 2008 and 2011.