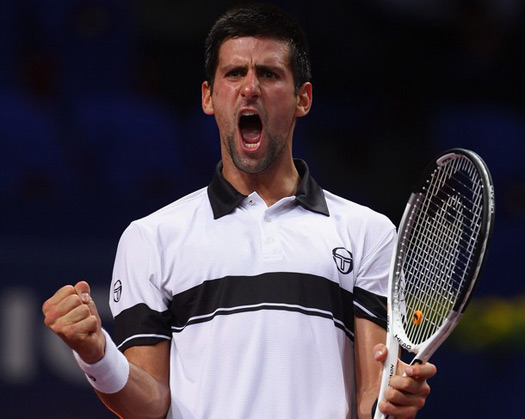 29. 10. 2011. · The eyes of the tennis world will be on Basel next week where the superstars world no.1 Novak Djokovic and defending champion – no.4 in the ATP rankings Roger Federer are back in action after a break.

The world’s third-largest indoor tournament, to be played from October 31 to November 6, 2011, once again has an impressive line-up, one of the best fields of the season outside the Grand Slams and Masters tournaments, including five men from the world’s top ten: Novak Djokovic, Andy Murray, Roger Federer, Mardy Fish and Tomas Berdych.

The Swiss Indoors Basel tournament draw has been made. The ATP World Tour 500 event starts on Monday.

The world’s best player returns from the back injury that has sidelined him since September. He has picked up ten titles this year, three of them majors – the Australian Open, Wimbledon and the US Open.

“Every single day for the past five weeks I’ve been doing therapies and keeping up with the recovery programme. I tore my muscle quite bad and it took me up to now to recover and get fit. I know it’s going to take time and I don’t expect myself to be 100 per cent at this tournament, but I will try to build up my confidence,” said Nole.

“I’ve been practising really intensively these past couple of days on the court. I came with the team on Wednesday and we’ve been practising since. I haven’t played indoors since last December, if I don’t count the match against del Potro this year, so I needed to get some indoor practice. It’s improving each day. For me, the most important thing is to be playing again.”

The whole of the historic Serbia’s 2010 Davis Cup winning team will be lining-up in Basel, with Nole being joined by his colleagues Janko Tipsarevic, Viktor Troicki and doubles specialist Nenad Zimonjic.

Novak is top-seeded and will get his campaign underway on Tuesday at 18.30 CET, against world no.48 Xavier Malisse. The Belgian won their only previous match at Queen’s in 2010.