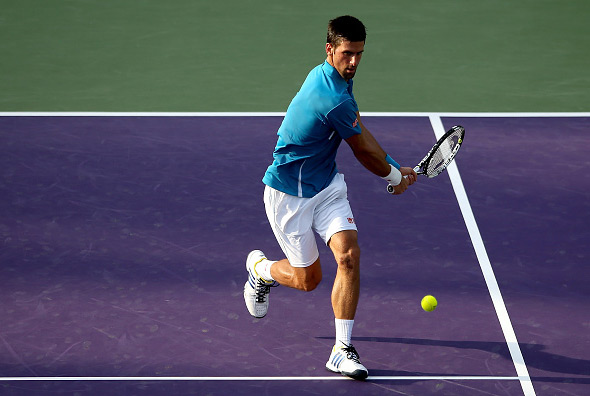 The five-time titlist posted a 6-3, 6-4 victory, just like in Shanghai two years ago, in their first career meeting.

The world no.1 made a break in the third game of the second set, but Thiem attacked and pushed him, finally managing to convert his 11th break point opportunity to level at 3-3. Nole regrouped immediately and broke the 22-year-old Austrian once again. He fended off four break points in the marathon 10th game before closing it out to move into the last eight.

“I stayed tough when it was most needed. In the important moments I just tried to make him play, make him run. He has very powerful strokes from the back of the court, so he either makes some really amazing shots, down the line mostly, and some great inside out forehands, or he makes a mistake,” Novak said. “It was a straight-set win, but far from easy.”

Novak next meets no.7 seed Tomas Berdych, against whom he owns a 22-2 lead in their ATP head-to-head series. The Czech recorded a 6-4, 3-6, 7-5 win over Richard Gasquet earlier in the day.