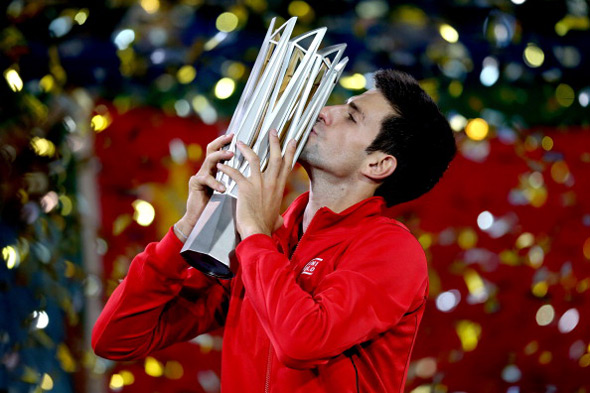 Novak raced to a 5-0 lead in the opening set, breaking Del Potro in the second and fourth games. He served out the set 6-1.

The Argentine converted his break point chance in the second game of the second set and kept the advantage to take it 6-3.

Djokovic had two break/match points in the 10th game of the deciding final set, but Del Potro fended off both and forced a tie-breaker. Nole won it 7-3 to remain unbeaten in his last 20 matches in China.

The 26-year-old Monte Carlo resident landed 79% of his first service points and was 18/19 on net approaches.

The world no.2 will next play at the BNP Paribas Masters event, taking place in Paris from October 28 to November 3.