Nole through to QFs after epic battle! 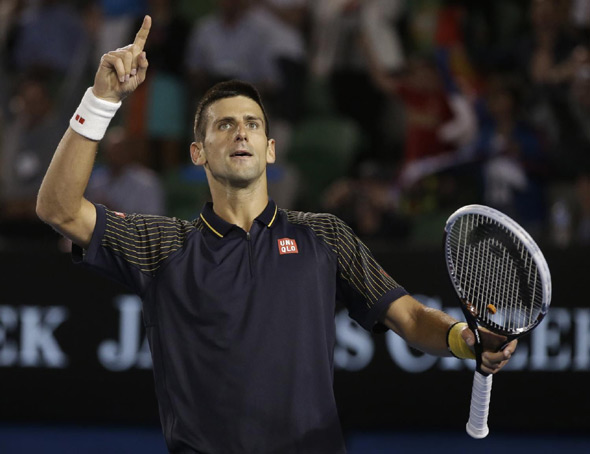 Novak is through to the quarter-finals of the 2013 Australian Open after an epic match at Rod Laver Arena that lasted well into the early morning hours!

Nole came through his toughest test so far at the fist major event of the season. He got a huge scare from the Swiss before hanging on to win in the 22nd game of the fifth set to advance to the last eight in 5 hours and 2 minutes.

The 25-year-old Serbian demonstrated why he is the no.1 player on the planet by battling back from the brink.

“It’s really hard to find the words to describe the feeling,” an exhausted Novak said courtside. “He deserved equally to be a winner of this match. I give him a lot of credit. He showed his qualities. He was the aggressive player on the court. He was playing well, mixing it up, using the right tactics and serving really well. I was just trying to hang in there and fight and give every drop of energy.”

Wawrinka looked sharp and confident at the beginning of the match, showing his full repertoire of shots. He broke three times to claim the opening set 6-1 in 25 minutes.

Novak found himself a set and 5-2 down, but clawed his way back. The Swiss was serving for the second set at 5-3, but the defending champion converted his break point opportunity and consolidated the break to level at 5-all. He wrapped up the set 7-5 in 60 minutes winning five games in a row.

Players exchanged breaks at the start of the third set. Nole made one more break in the ninth game and held to take it 6-4.

The fourth set was balanced. Both Djokovic and Wawrinka held serve until the tiebreak, which the Swiss dominated. He used his third set point to level the match.

Neither were able to hold their first service games in the deciding fifth set. Novak failed to convert a break point in the eighth game, and had to save four break points in the next. The match then stayed on serve until the 22nd game of the set, where Nole held three break/match points before finally sealing the win with a cross-court backhand.

“It was one of the longest, most interesting, and most exciting matches I played in my career. It could have gone either way and I am thrilled to be through,” Djokovic added. “He had a lot of chances to win. All the credit to him, I feel sorry that one of us had to lose.” 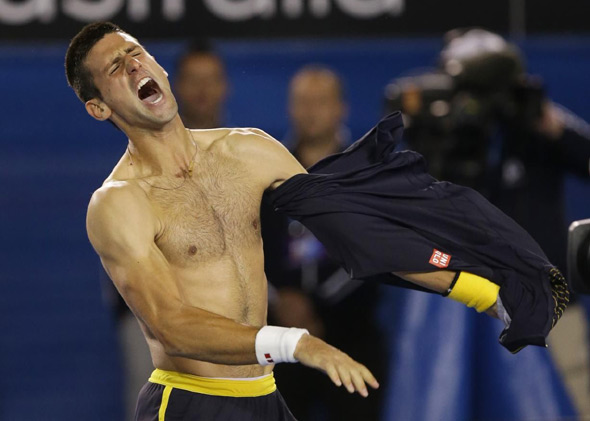 The two-time defending champion, who has three overall Australian Open trophies, will next face no.5 seed Tomas Berdych (Tuesday at 19.30 local time / 09.30 CET).