RG: Novak through to second round 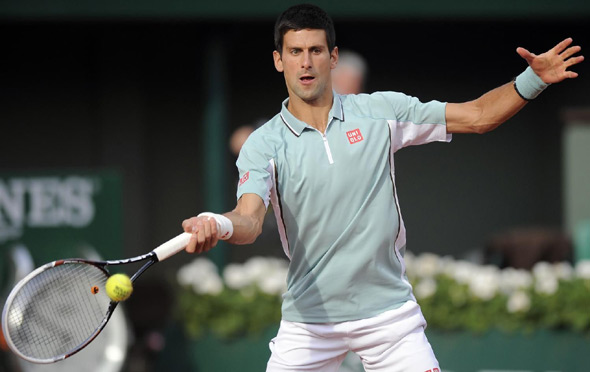 The opening set was going with serve. Goffin, who reached the fourth round in Paris last year, fended off a break point in the sixth game. However, he double-faulted later on a set point, and Novak won a tie-breaker 7-5 in 46 minutes.

Djokovic broke his opponent’s serve in the third game of the second set and consolidated it for 3-1. The battling Belgian managed to break back and level at 4-all, but then squandered a 40/0 lead in the ninth game. Nole broke once more and served out the set 6-4.

A break in the 11th game of the third set was enough for the 26-year-old Belgrade native to seal the opening round win and move within two match wins of 500 victories.

“He did really well at the start, and throughout all the match he was playing really nice tennis from baseline,” said Novak. “It was a tough match. I needed to fight all the way through every set, and I served well when I needed to and played my best tennis when it was most important.”

Looking ahead to the Pella clash, Nole said: “I know he’s one of the specialists on clay, a new player that is coming up. He’s had some surprising wins. He won against my countrymen last week, Tipsarevic and Troicki, back-to-back. He must possess a good quality. Today he won a marathon match. I’ll have to prepare and be on top of my game because, especially in the opening rounds, you’re facing players who have nothing to lose so I’m sure that he’s gonna be very motivated to play his best.”