Novak into US Open quarter-finals 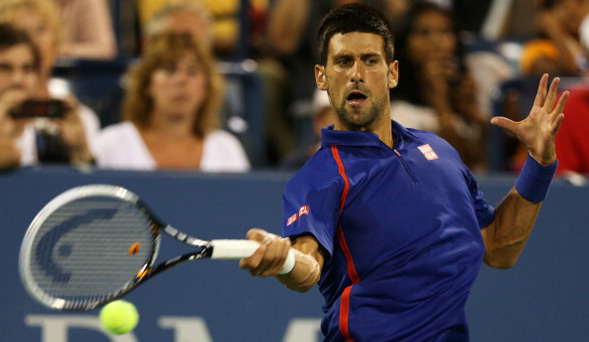 Nole is through to the last eight of the US Open at Flushing Meadows without dropping a set.

World no.2 was leading against no.18 seed Stanislas Wawrinka 6-4, 6-1, 3-1 in their rain-delayed clash, when the Swiss retired due to injury.

The match resumed at 2-0 in the first set, having been rained off the night before. The set featured five breaks of serve, Nole built on his overnight lead and won it 6-4.

The defending champion was a break up in the third set when Wawrinka was forced to retire.

“It’s an unfortunate situation that happened with him, but I felt that I was hitting the ball well in the last two sets before that happened,” said Djokovic. “Hopefully I can keep that going for the next match.”

The 25-year-old Belgrade native converted six of his seven break point chances, while Wawrinka capitalised on only two of his six opportunities.

Their quarter-final encounter is scheduled on Thursday about 20.30 local time (Friday about 02.30 CET).