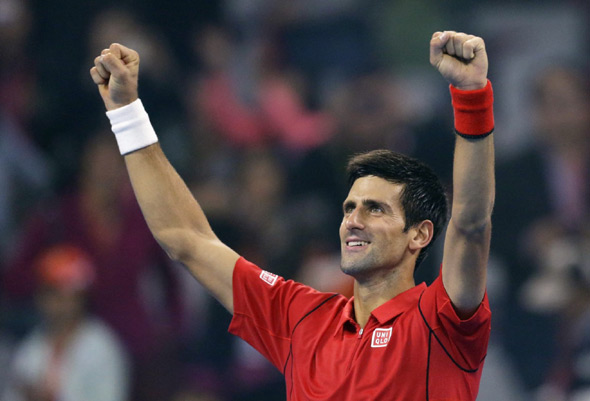 Novak was a break down in the opening set, but he fought back breaking Gasquet twice to take it 6-4 in 46 minutes.

The 26-year-old Belgrade native made a double break in the second set and progressed to his sixth championship match of the year (3-2 finals record).

“He started well, but he wasn’t managing to hold that rhythm throughout the whole match,” said Djokovic. “I knew that if I stayed with him and be aggressive in the rallies and believe that I can kind of impose my own control and rhythm of the game and of the rallies that I could break his rhythm. That’s what I’ve done. Especially on the forehand side it’s been working quite well.”

The reigning Australian Open champion is bidding to win his first trophy since the Monte-Carlo Rolex Masters in April, when he dethroned eight-time titlist Nadal in the final.

He improved to an 18-0 mark at the ATP World Tour 500 hard-court tournament.

Nadal will become no.1 in the ATP Rankings on Monday after reaching the final (Berdych retired at 2-4 in the first set in their semi-final with a back injury).