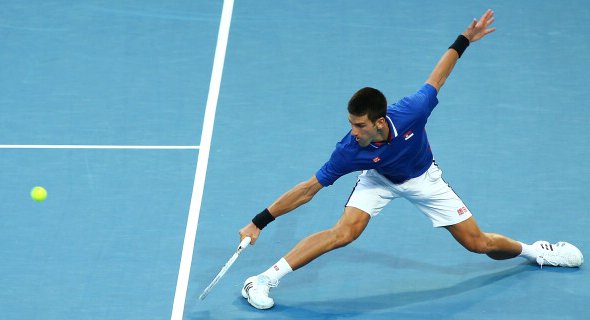 Serbia is through to the finals of the 25th Hyundai Hopman Cup, the international mixed team event staged at the new Perth Arena.

After victories over Italy and Australia with 2-1, Serbia needed to beat Germany to reach Saturday night’s final (17:45 local time / 10:45 CET).

World no.1 Novak Djokovic scored his second win in singles on Friday. He crushed world no.21 Tommy Haas in straight sets 6-2, 6-0 in just 62 minutes.

“It’s been a great performance from beginning to the end,” Novak said. “I was really focused from the start and I just felt drastically better than in the first few days.”

Ana Ivanovic was even more convincing against Tatjana Malek. She won 6-0, 6-1 in just 37 minutes.

Djokovic teamed with Ivanovic in 2006 (second in group, behind USA) and 2011 (finished top of the group, secured finals, but were replaced by Belgium due to Ana’s injury), and in pair with Jelena Jankovic, in 2008, he reached the finals (lost to USA 1-2).