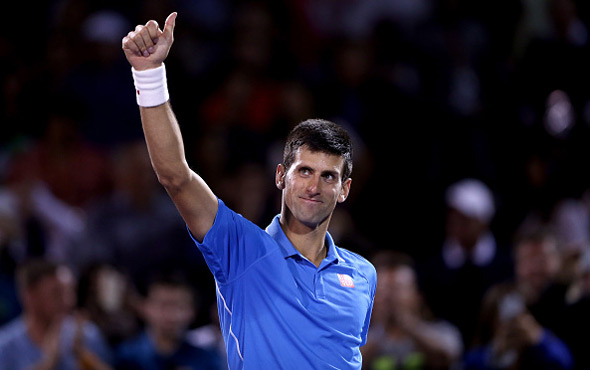 No.1 seed Novak Djokovic advanced into the fourth round of the Miami Open presented by Itaú on Monday with a 6-0, 7-5 dismissal of Steve Darcis.

The defending champion progressed in 88 minutes, converting five of his 14 break points against the Belgian. He surrendered serve once.

It was Novak’s 21st win of the season and 32nd at Crandon Park.

Djokovic raced to 6-0 in just 25 minutes. The second set was more competitive. Darcis managed to break in the ninth game, but couldn’t serve it out. Nole broke back immediately and sealed the victory two games later with another break.

“I was handling it really good for first 30 minutes, then I started to make some unforced errors and started to play a little bit more neutral, a little bit slower, and he got into the match. I complicated my own life in the second set, but in the end of the day, it’s a win,” said Novak.

Novak will play against world no.65 Alexandr Dolgopolov (3-0 H2H record) on Tuesday for a place in the ATP World Tour Masters 1000 event quarter-finals.