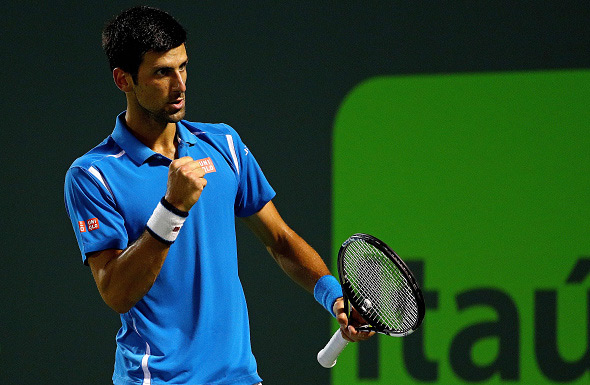 Nole is through to his fourth ATP World Tour final of the season.

Top seed Novak Djokovic was victorious in his semi-final appearance at the Miami Open presented by Itaú on Friday, recording a 7-6 (5), 6-4 win against no.15 seed David Goffin after two hours and five minutes of play.

Goffin broke Novak’s serve in the seventh game for a 4-3 lead. However, the world no.1 immediately broke back and clinched the opener in the 73-minute tie-break.

Djokovic took his chance to break in the seventh game of the second set and went on to close out victory three games later.

“Physically, it was a great battle, with lots of exchanges from the baseline. It was windy, it was humid, it was warm,” the defending champion said. “It was like everything was thrown out there. And to overcome those obstacles and conditions was something that I’m proud of. I managed to stay tough in the right moments.”

Djokovic has a 6-2 career H2H record against the Japanese no.1.