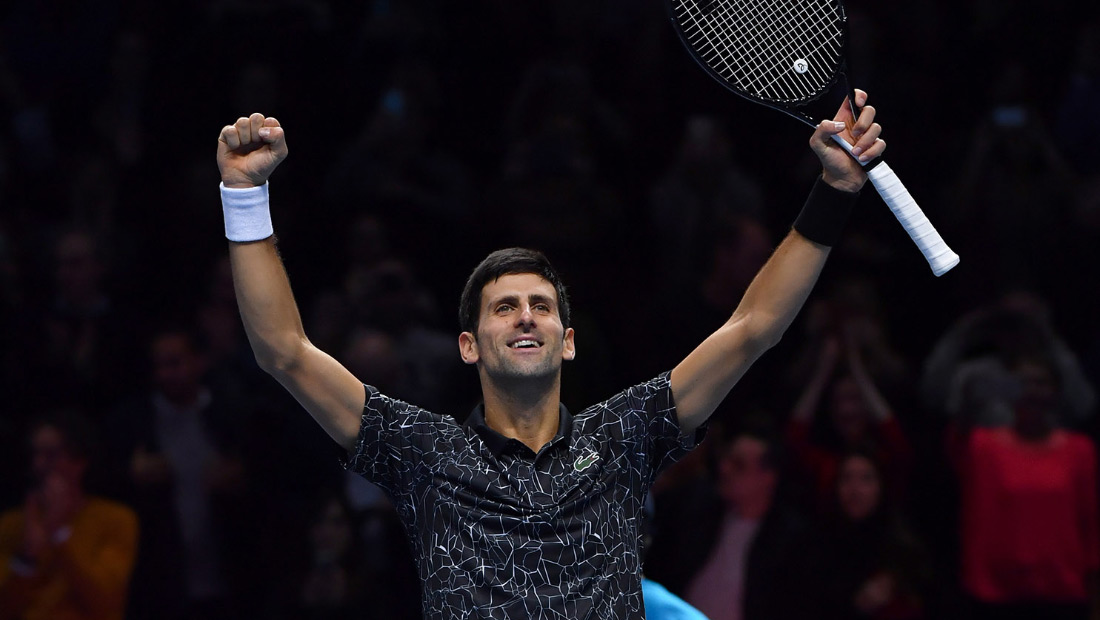 No.1 seed Novak Djokovic produced an impeccable performance at The O2 on Friday evening to defeat fifth seed Marin Cilic of Croatia 7-6 (7), 6-2. The five-time champion finished atop Group Guga Kuerten with a perfect 3-0 record.

Djokovic was dominating the 19th career encounter between the two (17-2 H2H). The match lasted one hour and 35 minutes.

Novak had saved one set point in the first set tie-break, before he took control of the contest. He won it 9-7 and went on to break twice in a straightforward second set, completing his impressive run through the group stage.

“I knew before the match I had qualified and who I’m playing so it wasn’t easy in a way to approach this match with 100%,” the world no.1 said. “Both of us really wanted to win from the first point.”

Novak and Kevin Anderson (4), Roger Federer (2) and Alexander Zverev (3) will battle for a spot in the Nitto ATP Finals championship match.

It is the fifth time that Nole has completed group stage at ATP Finals undefeated, and on three of the four previous occasions, the Serbian star went on to win the title.

Looking ahead to the clash, Novak said: “He is playing some big tennis throughout the entire year. This is definitely his best season and he has continued doing that throughout this tournament. He lost last night to Roger but he is playing well. He is serving well and very aggressive so I know what to expect.”