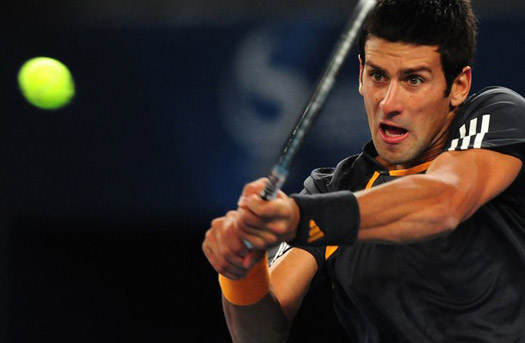 World no.4 Novak Djokovic continued his quest for a 14th ATP World Tour title, beating no.5 seed Spaniard Fernando Verdasco in three sets 6-3, 1-6, 6-1 in 1 hour and 45 minutes to reach the semi-finals in Beijing.

Novak made a break already in the second game but Verdasco broke back immediately and then held to level the result. Djokovic managed to break his opponent’s service once again in the sixth game and took the set 6-3.

After 1-1 in the second set, no.2 seed was struggling, he lost his rhythm and got broken twice, losing 5 games in a row for 1-6.

The opposite happened in the third set. The Serb regained his momentum and won five games in a row, breaking Verdasco’s service twice for convincing 5-0 lead. Djokovic closed the set and match 6-1.

The 22-year old from Belgrade advanced to his 12th ATP World Tour semi-final this year and improved to a 61-17 match record on the 2009 tour season.

He will face no.6 seed Robin Soderling (SWE) on Saturday at 06.00 CET for a place in the finals. Soderling beat Ljubicic in straight sets.