Nole vs Rafa in a blockbuster Monte Carlo final! 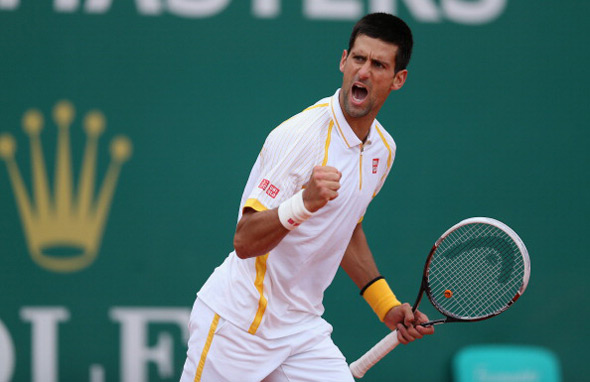 Top-seeded Novak Djokovic remained on course for his first Monte-Carlo Rolex Masters title with a convincing 6-2, 6-1 victory over world no.32 Fabio Fognini on Saturday.

The world no.1 proved too strong for the Italian easing through to his third final at the ATP World Tour Masters 1000 event in just 51 minutes.

Novak won 82 per cent of points behind his first serve and converted four of six break point opportunities, two in each set, to wrap up his 25th victory of the season.

“For me it was important to step on the court and get control of the match,” reflected Novak. “That’s what I did right away. I was aggressive. I knew what I wanted to do.  I knew I wanted to stay as short as possible on the court to get quick points. I played really, really well. He made a lot of unforced errors, which helped me to win.”

Djokovic and Nadal will meet for the 34th time, the Spaniard leads their career Head2Head 19-14. Rafa won their last three encounters on clay, all in 2012 finals.

“Whenever you play Rafa, you expect the toughest challenge possible on clay,” said Nole. “I’m ready for that. I’m very happy that physically, mentally, emotionally I have been improving each day, I feel better on the court, more confident. I will have to be on top of my game. I’ll have to be focused and motivated from the start to the end in order to have any chance of winning against Nadal. I need to have a very optimistic mindset. I’m not going out there to play my best; I’m going out there to win.”

Novak is bidding to win his third title this year, following wins at the Australian Open and the Dubai Duty Free Tennis Championships. He is also looking to win his 14th Masters trophy.