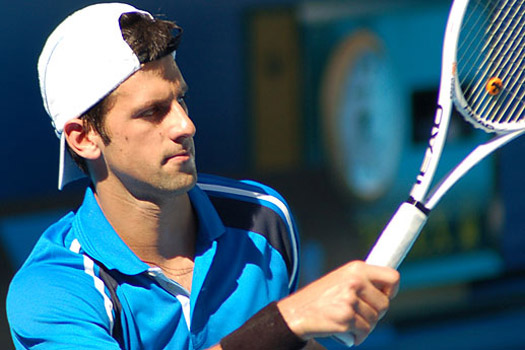 Djokovic needed just 57 minutes to win his first match of the season at the exhibition tournament in a suburb of Melbourne.

Novak was dominant from the beginning. He broke his opponent’s service twice in the first set to take it convincingly 6-2.

The 22-year-old Serb made a crucial break in the eighth game of the second set, and then served it out for 6-3.

Djokovic will next play against world no.9 Fernando Verdasco (ESP) who defeated Fernando Gonzalez (CHI) in straight sets 7-5, 6-1.

Novak and Verdasco have met seven times, the Serb leads 5-2.