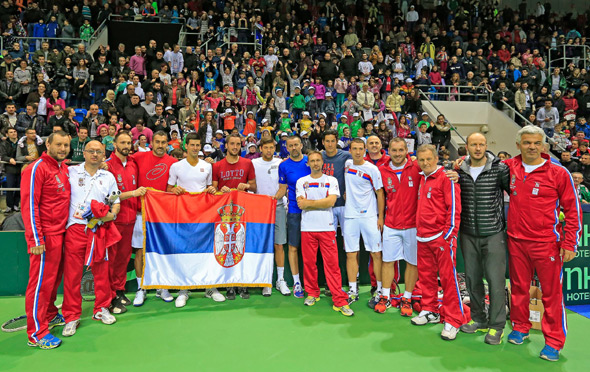 The match in Kraljevo’s packed Sports Centre lasted one hour and 49 minutes.

Djokovic was a replacement for Viktor Troicki who played five sets against Coric on Friday.

Nole produced another great performance alongside Nenad. The pair broke five times from 16 opportunities, having held serve throughout the contest.

“It doesn’t happen often that we seal the deal in just two days,” said Novak. “We did everything right from the first to the last point. We didn’t face any break points and we dominated the match. I’m glad because I haven’t played with Nenad in a long time. We played at a high level and that’s something that gives us confidence for the next one.”

Serbia will play against Argentina (away) in the Davis Cup quarter-final (17-19 July).