Novak advances to second round in Dubai 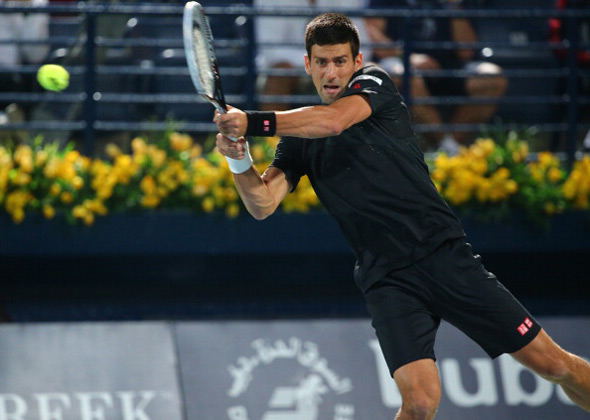 The match lasted one hour and 24 minutes.

Novak landed 72 % of his first service points and broke three times from 12 opportunities, saving all four break points he faced.

“It wasn’t as easy as the scoreline indicates,” said Djokovic. “I needed to work for my games. My serve worked really well in the second set, and it helped me to get some free points. I haven’t played an official match for four, five weeks, obviously it takes its toll on the court. I practised a lot. I put in a lot of hours on the court, trying to develop my game, to get myself in the shape, and it’s going to click sooner or later.”

Novak will next face world no.51 Roberto Bautista Agut. He beat the Spaniard in their only previous encounter, in the same event stage last year (6-1, 7-6).