Novak advances into the third round of Indian Wells! 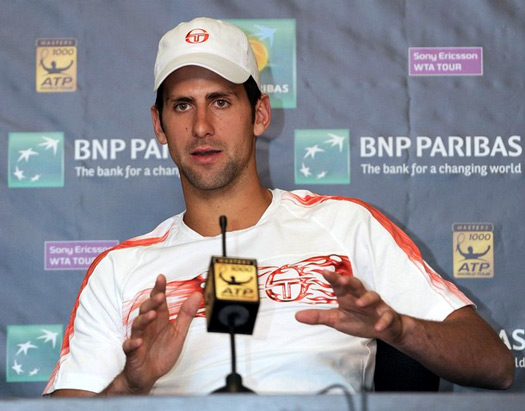 Novak saved three break points in the opening game. He broke Fish’s service in the second game and held to increase his lead to 3-0. Djokovic made one more break in the sixth game and took the first set 6-1 in 39 minutes.

Nole lost his momentum in the second set. The American broke his serve three times for convincing 6-0.

The 22-year-old Belgrade native found his rhythm again in the decisive final set. He broke Fish twice, in the third and seventh game and closed the set and match 6-2 to reach the third round of the ATP World Tour Masters 1000 tournament.

”I definitely had a couple of tiring weeks behind me with Davis Cup and Dubai, so I was really skeptical if I’m going to be able to physically recover from all of that, including the jet lag and time zone change,” said Djokovic after the match. “I was happy with the way I moved today. I had a lot of ups and downs. Overall, first and third set were quite okay, so hopefully I can get some good night’s sleep and get ready for the next one.”