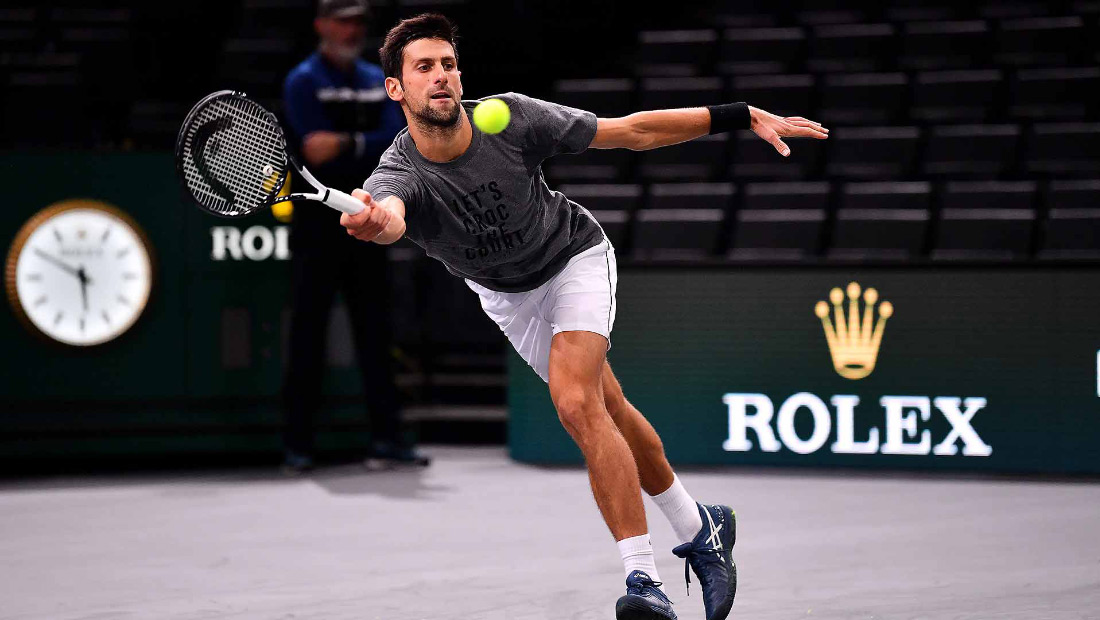 Novak advances to last 16 in Paris, set to return to No. 1 on Monday!

World no.2 Novak Djokovic recorded his 46th match win in 2018 by beating qualifier Joao Sousa 7-5, 6-1 for a place in the third round of the Rolex Paris Masters on Tuesday.

With the one hour, 33-minute victory, the Serbian star extended his winning streak to 19 matches.

Novak saved nine of 10 break points he faced against Sousa, and improved his perfect H2H record against the Portuguese to 6-0.

Sousa recovered from 1-4 down in the opening set, but the second seed stepped up when it counted, breaking his rival in the 12th game for 7-5. Novak stormed to a 5-0 lead in the second set and sealed the win on his third match point two games later.

“In the important moments, I managed to get the right shots in play. Not 100 per cent pleased with my game, I missed a lot of shots from the back of the court,” Djokovic said. “But at the end of the day, it’s the first match, so it takes a bit of time to adjust.”

* Rafael Nadal has pulled out of the Paris Masters with an abdominal injury, meaning Novak will return to the summit of men’s professional tennis on Monday, November 5.

Novak will next play Bosnia and Herzegovina’s Damir Dzumhur. It will be their first career encounter.