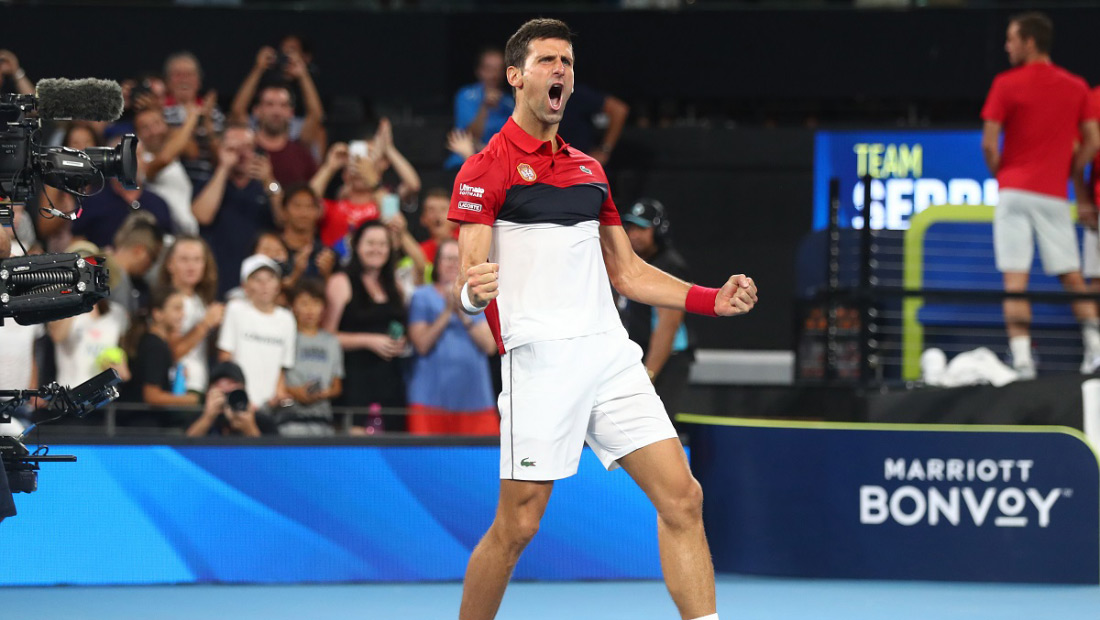 Both Novak and Dusan Lajovic scored singles wins against Canada in the Final 8 clash of the inaugural ATP Cup in Sydney to send team Serbia into the semis.

He now leads Shapovalov 5-0 in their ATP H2H series.

“It was an amazing match. One of the closest matches I’ve played against Denis. He played fantastic, very aggressive, served great. We fought both until the last shot,” Djokovic said. “In Brisbane we had amazing support but this has taken it to another level. It fully felt like I was playing at home today.”

Novak will take on Daniil Medvedev against whom he owns a 3-2 H2H record.

The other semifinal will be Australia against Spain.