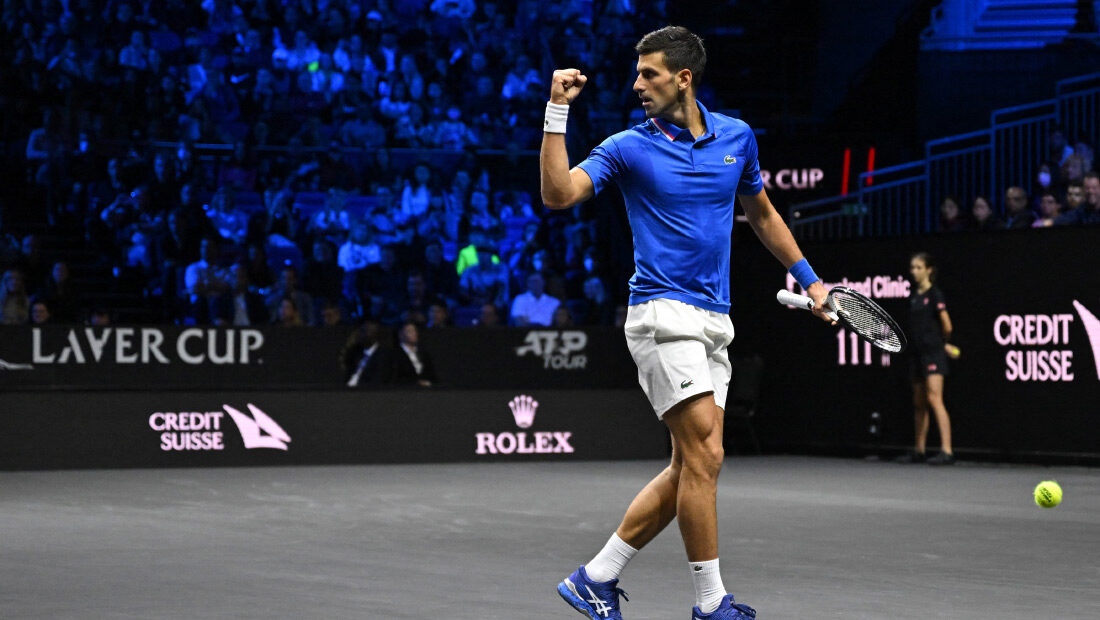 Novak made a winning return to Tour on Saturday at the Laver Cup, defeating Frances Tiafoe 6-1, 6-3 to give Team Europe a 6-4 lead against Team World.

Wimbledon champion Novak Djokovic was close to his best on Saturday night in London at the Laver Cup, as he brushed aside American Frances Tiafoe 6-2, 6-3.

It was Novak’s first match since winning The Championships in July.

The former world no.1 was backed by Bjorn Borg as well as the rest of the Big Four: Roger Federer, Rafael Nadal and Andy Murray.

The Serbian star played with power and precision. He stormed to a 4-1 lead in the first set, and another break followed. He closed out the first set 6-1.

In the second set, Djokovic broke in the opening game and at 5-3 he broke again to take victory in 73 minutes.

In the first match of the day, Matteo Berrettini put Team Europe in front against Team World, beating Felix Auger-Aliassime 7-6 (11), 4-6, 10-7.

In the final match of the day, Novak teamed up with Berrettini against Alex de Minaur and Jack Sock. The Serbian/Italian duo recorded a 7-6, 6-2 triumph to give Team Europe an 8-4 lead against Team World in London.

The first team to reach 13 points wins the Laver Cup. Each win on Sunday is worth three points.