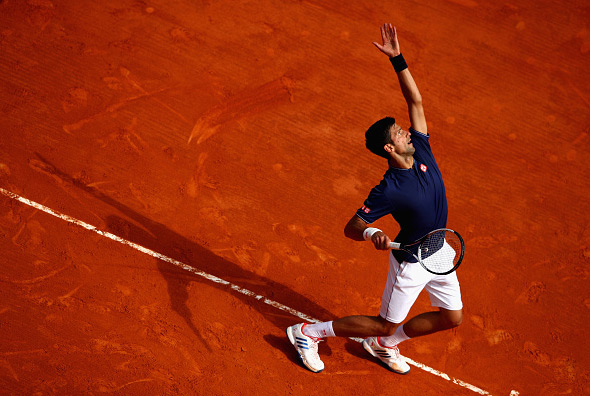 No.2 seed Novak Djokovic clinched his 13th match win of the year when he edged past Frenchman Gilles Simon 6-3, 3-6, 7-5 in the second round of the Monte-Carlo Rolex Masters on Tuesday.

Simon served for the match at 5-4 in the deciding set, but Novak raised his game and found his way through to the last 16 after two hours and 32 minutes of play on Court Rainier III.

The 29-year-old Belgrade native is now 11-1 in their career ATP Head2Head series.

“I thought I played a solid tennis for a set and a half,” said Novak. “I felt like I had the control of the match. Then it turned around. I started making some unforced errors. He made less errors and found a way to take away angles from me. I started to take more risk because of his game. I made more errors, unfortunately. Third set was a very close battle that could’ve ended differently, and would have been deserved if he’d won the match. He was two, three points away from winning it. I got myself out of that tricky situation. That’s probably the most positive thing I take from today.”

Next up for the two-time former champion is no.13 seed from Spain, Pablo Carreno Busta (H2H 1-0).

Djokovic improved to a 29-8 record at the Monte-Carlo Country Club, where he lifted the championship trophy in 2013 and 2015.

Novak and Viktor Troicki lost to no.1 seeds Henri Kontinen (Finland) and John Peers (Australia) 3-6, 4-6 in the doubles second round.