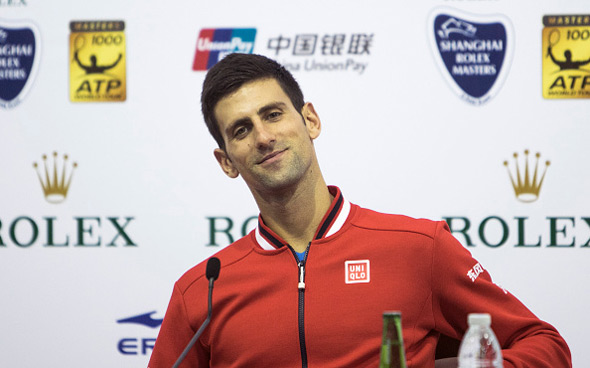 Top seed at the Shanghai Rolex Masters Novak Djokovic began his title quest at the ATP World Tour Masters 1000 event on Wednesday with a comfortable 6-2, 6-1 win over world no. 44 Martin Klizan.

Djokovic, semi-finalist to Roger Federer last year, raced into a 4-0 lead in the first set. He didn’t have his usual fluency on serve in the fifth game, which resulted in a break by the Slovak. However, the Serbian and world no.1 quickly regained composure, took the opener 6-2 and stormed to a 5-0 lead in the second set. His superiority in groundstroke battles was evident and he sealed his 69th win of the year two games later.

“Klizan is a very flashy player,” said Novak. “I knew that coming into the court. He’s talented. He can play very fast but with a tendency to make a lot of unforced errors, which he did. He made my life a bit easier on the court today. I was trying to serve, move him around the court. Just played as much as I needed. It was enough to win.”

Novak’s 62-minute victory set up a meeting with no.15 seed Feliciano Lopez (6-0 H2H). The Spaniard prevailed over Austrian Dominic Thiem in three sets.