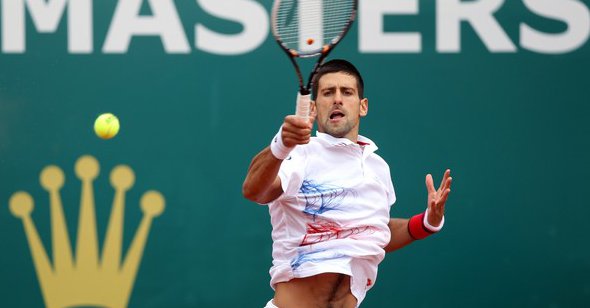 Nole is through to the quarter-finals of the Monte Carlo Rolex Masters.

Dolgopolov started strong and took the opening set 6-2 with a double break.

Novak broke his opponent’s serve in the second game of the second set and consolidated the break with a battling hold, coming from 0-40 down. The world no.1 made one more break and closed out the set with a cross court forehand winner to level up the match.

The 2009 runner-up converted his break point opportunity in the ninth game of the decisive third set and served out the match with a comfortable service hold.

Djokovic capitalised on 3 of his 9 break point chances and won 77 per cent of his first serve points.

Next up for the 24-year-old Serb will be a QF encounter with world no.55 Robin Haase. The Dutchman eliminated Brazil’s Thomaz Bellucci in straight sets 6-2, 6-3.

Novak takes a 2-0 H2H record into the match that will be played on Friday about 12.30 CET.