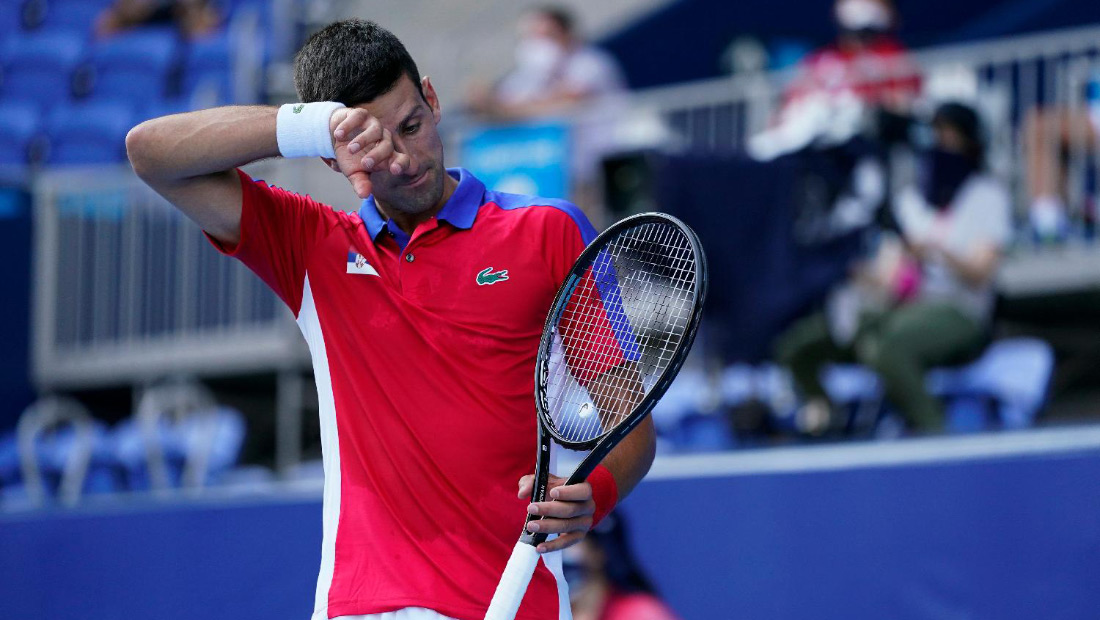 Novak, Carreno Busta to compete for bronze in Tokyo

Novak hasn’t made it to the gold-medal match in Tokyo.

World no.1 Novak Djokovic will compete for a bronze medal on Saturday at the Tokyo Olympics as he suffered a 6-1, 3-6, 1-6 semi-final loss to Alexander Zverev.

The fourth-seeded German produced a sensational comeback to reach the men’s singles final.

Novak took the opening set with two breaks of serve and was up a break in the second, before Zverev recovered to clinch a victory in two hours and three minutes.

The Serbian pairing will face John Peers and Ashleigh Barty of Australia.