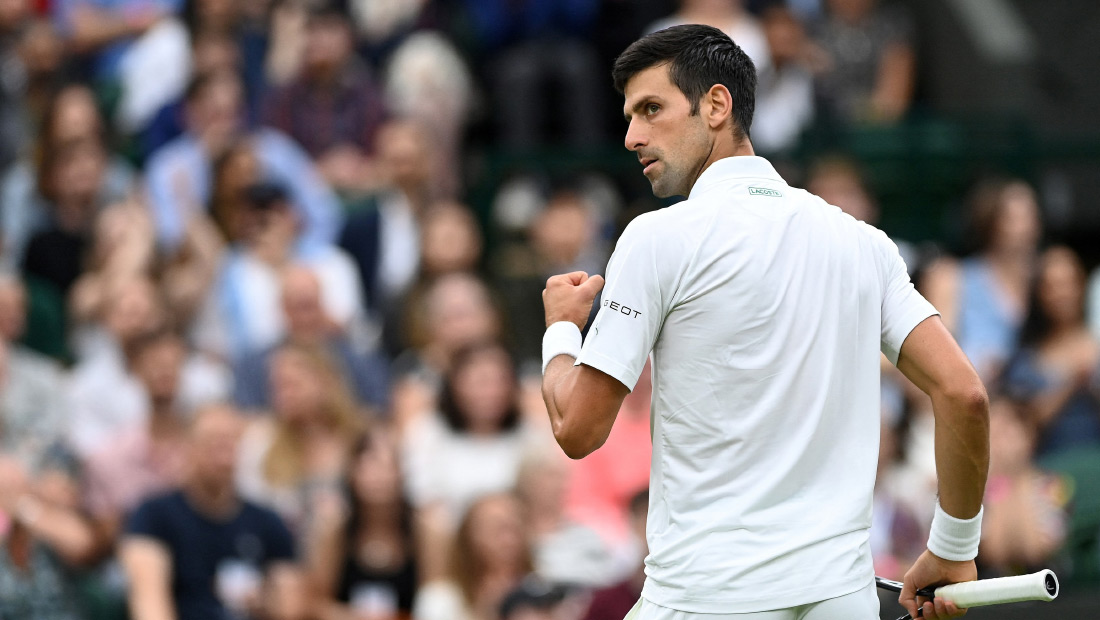 Novak cruises past Anderson into third round of Wimbledon

World no.1 Novak Djokovic made just six unforced errors on his way to claiming a 6-3, 6-3, 6-3 win over Kevin Anderson in the second round of Wimbledon on Wednesday.

The five-time champion defeated the big-serving South African in straightforward fashion on Centre Court. The match lasted one hour and 40 minutes.

Novak was dominant from start to finish. He broke four times from five opportunities and didn’t face a break point en-route to his 74th victory at the All England Club.

“Kevin is a terrific player, very dangerous on grass courts, fast courts,” Novak said. “A straight-set victory today but still only one break in each set was enough. I held my serve really comfortably. Once we get into the rally, I have a better chance. That was one of the tactical goals – try to make the least unforced errors as possible. I knew Kevin was going to serve big and I wasn’t going to have too many chances to break his serve. I’ve done much better that I thought I would do. I believed in myself but it was an almost flawless performance today.”