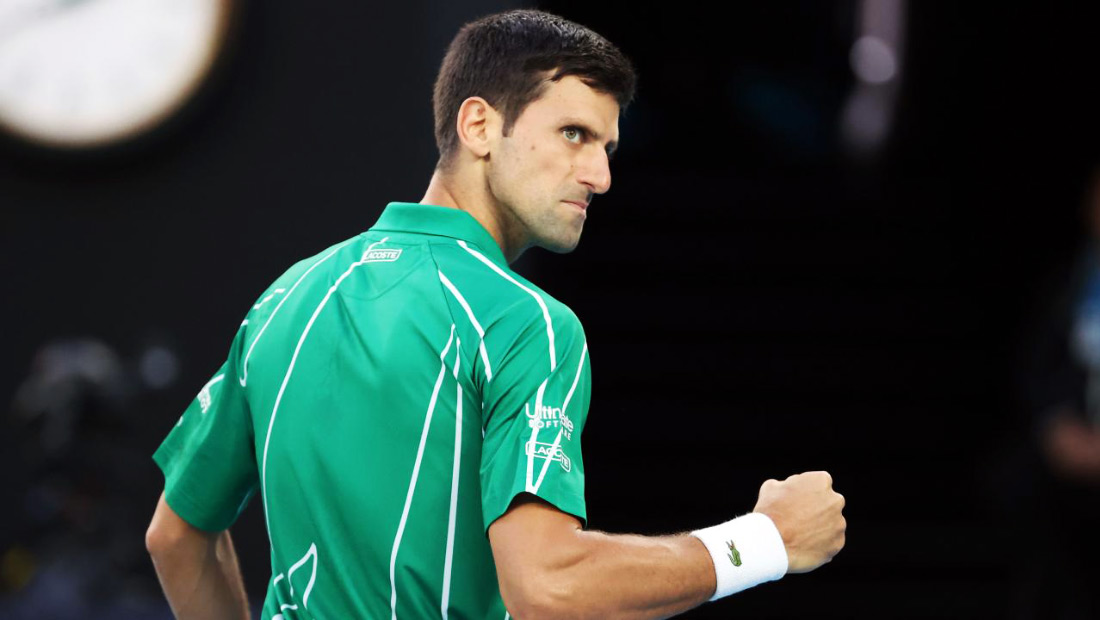 Nole is through to the Australian Open final!

Djokovic, who is bidding for a 17th Grand Slam title, recovered from 2-5 down in the first set to clinch it in a perfect tie-breaker. The world no.2 improved on serve and went on to dominate the second and third sets, breaking once in each to progress.

“It definitely could have gone different way. He started really well and I was pretty nervous in the beginning,” admitted Novak. “It wasn’t the right mindset from my side. I was looking more how he was moving, what he was doing, rather than executing my shots in the right way. It resulted being 1-4, 0-40 down. I managed to dig my way back, it was very important to win that first set. After that I relaxed a bit mentally and could swing through the ball a bit more. I tried to stay with him in the rally, move him around and not make too many unforced errors.”

Djokovic has surrendered only one set en-route to the final. Should he go on to lift his eighth Melbourne crown, he will return to no.1 in ATP Rankings on February 3.