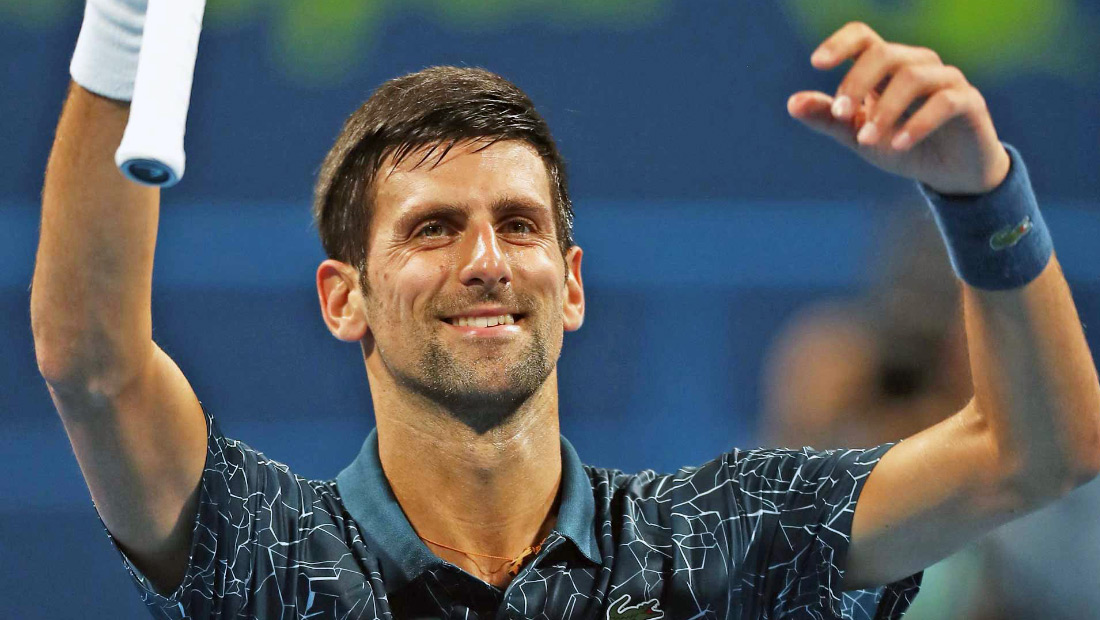 Novak is through to the quarter-finals in Doha after coming back from a set down to clinch his second win in 2019.

Top seed Novak Djokovic continued his bid for a third title at the Qatar ExxonMobil Open following a 4-6, 6-4, 6-1 victory over world no.36 Marton Fucsovics in the second round on Wednesday.

The two-time former champion was tested throughout the opening two sets. His Hungarian rival started with confidence before making the first break at 4-4. Fucsovic then held, serving it out to love to take a one-set lead.

Novak managed to raise his level when it mattered most. He earned two break/set points in the 10th game of the second set and clinched it on second attempt to level the contest.

The Serbian star rode the momentum into the third set, racing to a 4-0 lead. He surrendered one of his service breaks, but immediately regained his double-break advantage before closing out the match.

“He was a better player for two sets, but I managed to break his resistance towards the end of the second set. I just think he dropped his level a little bit, and I managed to get on top of him,” Djokovic said. “He did surprise me with his level. It was very high throughout the two sets. I must say that he was the one that was dictating the play. He was really great in defence. He had a very good serve, had great tactics, and he managed to get very close to the win.”

For a place in the ATP 250 tournament last four, Djokovic will meet Nikoloz Basilashvili (GEO, 5) on Thursday.

After the singles match, Nole and Marko took the court for the doubles quarter-finals. The pairing of Djokovic brothers beat Damir Dzumhur (BiH) and Dusan Lajovic (SRB) 7-5, 3-6, 10-7 to progress into the semis.

They will take on David Goffin (BEL)/Pierre-Hugues Herbert (FRA) next.