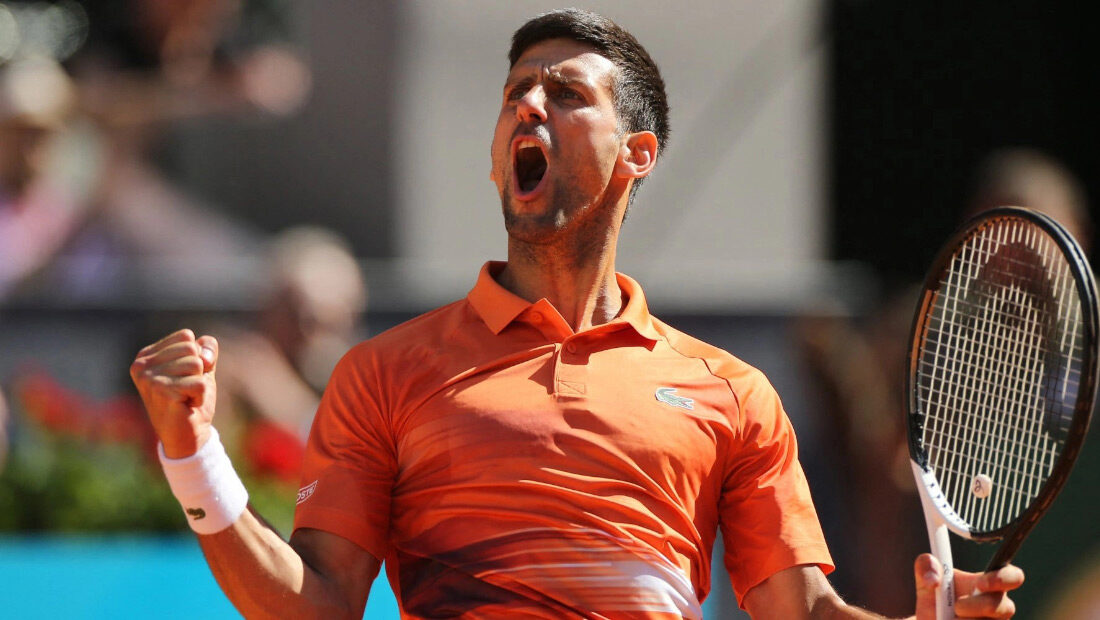 Novak is through to his 89th ATP Masters 1000 quarter-final.

World no.1 Novak Djokovic earned his 998th career win on Thursday at the Internazionali BNL d’Italia, moving past Stan Wawrinka 6-2, 6-2 to reach the quarter-finals in Rome.

Novak won 75 per cent (27/36) of his first-serve points and broke his opponent’s serve five times to triumph after one hour and 15 minutes in front of a packed crowd on Campo Centrale.

The top seed and five-time former champion surrendered his serve once, in the fifth game of the second set. He now leads the Swiss 20-6 in their ATP H2H series.

“It is great to see Stan back and winning. He won two tough matches. You can see he is still not physically where he wants to be. But nevertheless he is Stan Wawrinka and he can hurt you if you give him time,” Djokovic said in his on-court interview. “I managed to do well from the beginning. I really moved him around the court and held my serve comfortably except for that loss of my serve in the second set.”

Novak, who is still aiming to capture his first title of the season, will play against Felix Auger-Aliassime on Friday for a spot in the last four. It will be their first career H2H meeting.

Djokovic will be looking to capture a record-extending 38th Masters 1000 crown at Foro Italico.