Nole vs Federer in Cincinnati final! 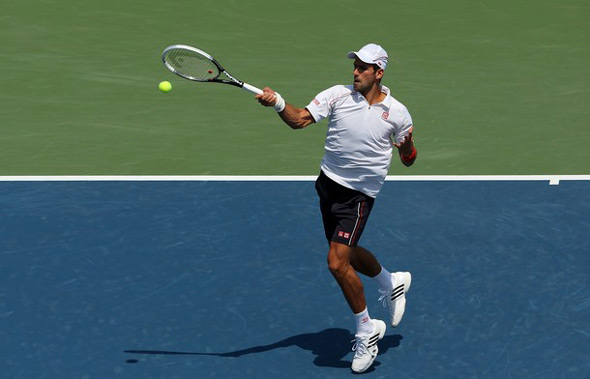 The 25-year-old Serbian star rolled past no.6 seed Juan Martin del Potro 6-3, 6-2 in 87 minutes on Saturday in the semi-finals of the ATP World Tour Masters 1000 event.

After saving four break points in the third game, Novak earned three opportunities to break, but del Potro held for 2-2. The Argentine double-faulted on break point in the sixth game and Nole sealed the set three games later.

Djokovic kept the momentum going. He broke his opponent’s serve twice in the second set and served out the match for a place in the final.

“I try to step into the court and take my chances. It’s what I have been trying to do in last couple of years,” said Novak. “Obviously sometimes it works, sometimes not, but it’s been working quite often for me actually in last two weeks. I’m happy for that.”

The Swiss beat his countryman world no.26 Stanislas Wawrinka 7-6, 6-3.

Djokovic is bidding to win his fourth trophy in 2012 and 32nd career title.

He has compiled a 54-9 match record this year (29-2 on hard), highlighted by titles at the Australian Open, Miami Masters and Rogers Cup in Toronto.