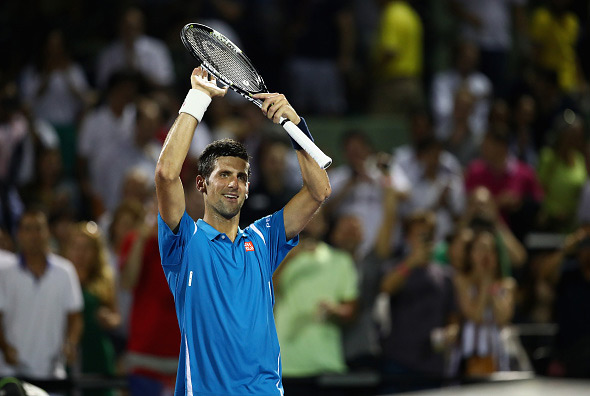 World no.1 Novak Djokovic eased past no.33 seed Joao Sousa of Portugal 6-4, 6-1 in the third round of the Miami Open presented by Itaú on Sunday.

In the first set, the two traded breaks once before Novak took over and served it out. The top-seeded Serbian star stormed through the second set with three breaks of serve, and improved to a 24-1 record on the season.

Djokovic won 76% of his first service points and saved three of four break points he faced during the one hour, 18-minute clash. He won 100% of net approaches (6/6).

“That first set came down to a few points,” Novak said. “After that, it was quite a good performance. In the second set I felt much more comfortable. I was serving very well the entire day. I’m glad that I managed to finish the match the way I did. Obviously, it gives me confidence for the next one.”

The defending champion has a 1-0 career H2H lead over the 22-year-old Austrian hope.