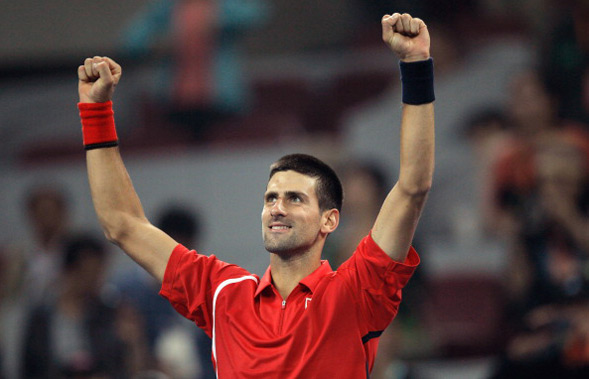 Nole is through to the China Open last eight with a 6-1, 6-3 win over world no.50 Argentine Carlos Berlocq in 74 minutes on Wednesday.

The 2009 and 2010 champion won the first set in only 25 minutes and raced to a 5-0 lead in the second, only to lose three games before wrapping up the match.

“I played a great match, much better than I did in the first round,” Novak said. “Yes, it was interesting couple of games in the end of the match where he came up with some good shots. We played some entertaining points. I should have done a better job in winning those games and winning this match before, but in the end I won in straight sets. That’s what matters the most.”

The top-seeded Serb capitalised on six of his 12 break point chances to set up a clash against no.37-ranked Jurgen Melzer (Friday at 19.30 local time). The Austrian upset no.6 seed Alexandr Dolgopolov of Ukraine 7-6, 2-6, 6-1.