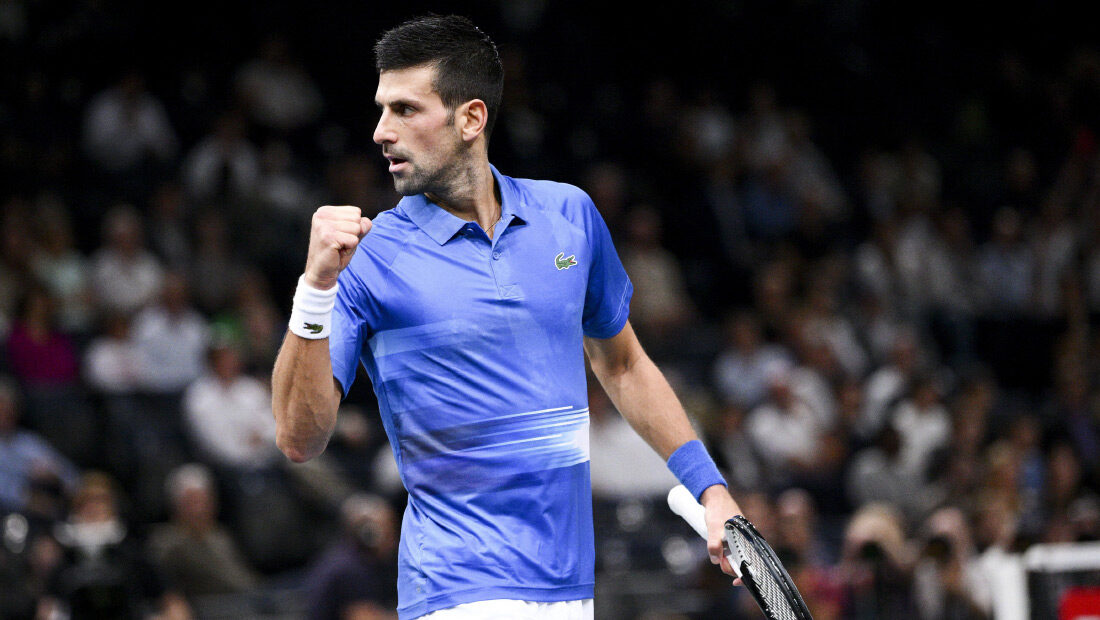 Sixth seed Novak Djokovic defeated Stefanos Tsitsipas 6-2, 3-6, 7-6 (4) on Saturday in the Rolex Paris Masters semi-finals to reach the championship match at the Accor Arena in two hours and 20 minutes.

Novak made a blistering start to the contest. He broke his opponent twice, in the sixth and eighth games, to grab the first set in 31 minutes.

It was the Greek who made the breakthrough in the second set, capitalising on his chances in the fifth and ninth games.

Novak could not convert his four break points in the deciding third set. However, the Serbian star won the final four points of the match after falling behind in the tie-break.

With the win, Djokovic improved to 9-2 in ATP H2H meetings against Tsitsipas.

“It’s very sweet when you win matches like this against one of the best players in the world,” Nole said. “I started very well, great hitting like yesterday in the quarters. I had chances early on in the second set, I didn’t break his serve. The momentum shifted, the crowd got into it. He elevated his level of tennis. Deservedly so, we went into an even battle all the way until the last point, until the last shot. We played some incredible points towards the end. I’m really glad to overcome this challenge.”