Novak falls in his first clay-court match of the season 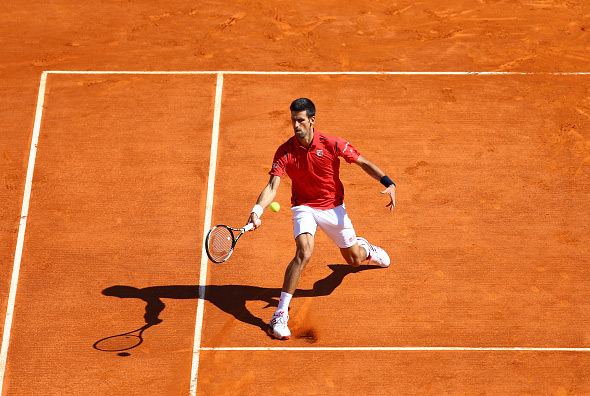 World no.1 and defending champion Novak Djokovic suffered a 4-6, 6-2, 4-6 defeat by no.55 in the ATP rankings, Jiri Vesely, in his opening match at the Monte-Carlo Rolex Masters tournament on Wednesday.

The Czech clinched the biggest victory of his career in two hours and six minutes.

It is Novak’s second loss of the season and his earliest defeat on the ATP World Tour since losing in the second round of the Mutua Madrid Open against Grigor Dimitrov in 2013.

Vesely broke serve in the ninth game for 5-4 and served out at 15 to clinch the first set. Novak bounced back by breaking twice in the second set to win it 6-2. The two traded breaks at the beginning of the deciding third set. Vesely broke once again and held his nerve till the end to progress into the third round.

“It’s not easy to lose the match in terms of accepting it right after exiting the court. But I have to congratulate my opponent,” Djokovic said. “I think he played very solid. He was serving very big. He was playing tactically good and aggressive. I didn’t feel that freshness the entire time, working hard, trying to do my best on a daily basis. There were just very few things I could take out from today’s match as a positive. I was playing really, really bad.”

Nole will next play at the Mutua Madrid Open to be held from May 01-May 08.