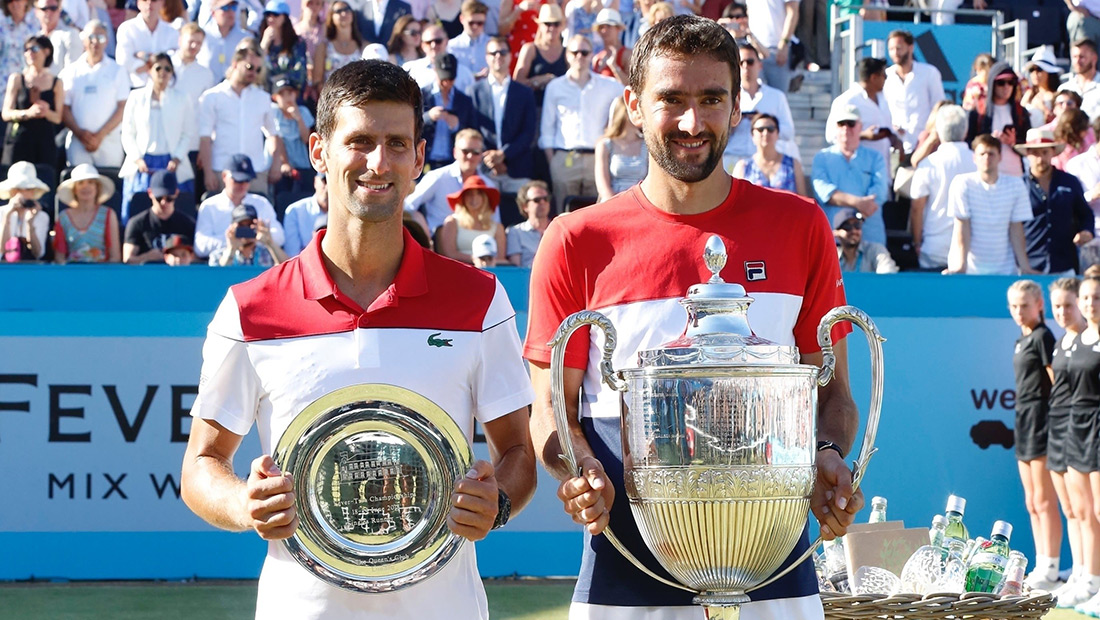 Former world no.1 Novak Djokovic suffered a 7-5, 6-7 (4), 3-6 defeat in the great Fever-Tree Championships final, after failing to convert a match point against Marin Cilic on Sunday.

The top seed and 2012 titlist prevailed in two hours and 57 minutes, clinching his second win in 16 career meetings with Novak.

Novak saved all six break points he faced in the first set against Marin and took it 7-5 converting his third break point chance in the 12th game.

The Belgrade native had all the momentum and he continued cruising through his service games. Djokovic’s defence was superb. He served flawlessly and applied continuous pressure onto his opponent on the return. Cilic saved a match point on serve in the 10th game and the set went to a tie-break. Nole was gaining momentum, going up 4-1, but Cilic won six points in a row, taking the contest to a decider.

Cilic was always ahead in the third set. He found his rhythm and went for his shots with a more aggressive attitude. The Croat earned his only break of the match at 4-3 and confidently closed it out.

This was Novak’s 99th tour-level championship match and second runner-up finish at the Queen’s Club. Ten years ago, he fell to Rafael Nadal (6-7, 5-7).

“I have to congratulate Marin on a fantastic week. He deserved to win and came up with some big shots. It’s a tough loss for me. But I have to see the positive because I haven’t’ played a final in almost a year,“ said Djokovic. “This came at the right time because Wimbledon is the most renowned and prestigious tournament in tennis. As for Queen’s I haven’t been here in eight years but now I know how it feels I will keep coming back here.”

On Monday, the 31-year-old Serbian ace will be no.17 in the ATP rankings.

Last year he was forced to retire from his quarterfinal match against Tomas Berdych with elbow injury. It was Novak’s last tournament in 2017.