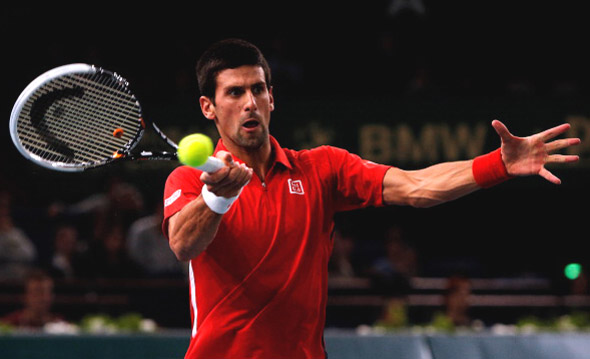 Second set was more competitive. The Serb broke his opponent in the opening game, but the American broke back in the fourth to level the result. The set went into a tie-breaker, Querrey was more successful, wrapping it 7-5 in 56 minutes.

Novak fell behind in the fifth game of the deciding third set. He had four chances to break back in the eighth game, but Querrey got out of trouble with aces and service winners. He kept the advantage till the end and served out the set and match 6-4.

The 2009 Paris champion is heading to London where he will play at the Barclays ATP World Tour Finals, taking place at the O2 Arena (November 5-12).

The season-ending championships features the top eight singles players and doubles teams of the ATP Rankings. The defending champions are Roger Federer in singles, and Daniel Nestor and Max Mirnyi in doubles.