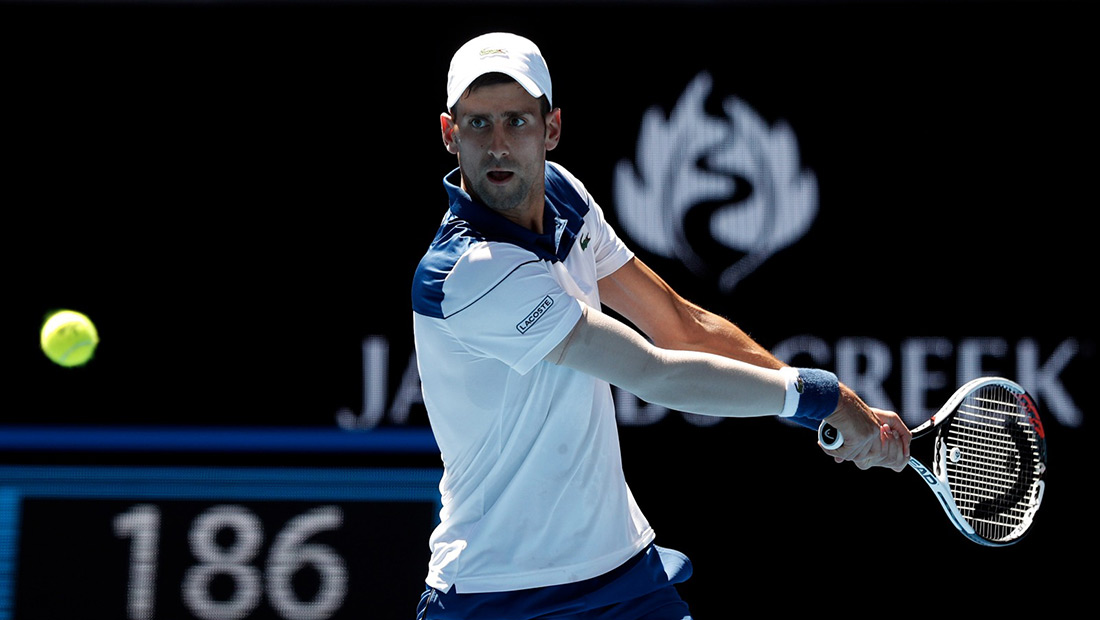 AO 2018: Novak falls to Chung in fourth round

Novak’s 2018 Australian Open campaign has ended at the hands of Hyeon Chung.

No.14 seed Novak Djokovic suffered a loss to world no.58 Hyeon Chung in the Australian Open fourth round on Monday.

The Next Gen ATP Finals titlist from South Korea continued his surprise run into the quarter-finals when he beat the six-time former champion 7-6 (4), 7-5, 7-6 (3).

The 21-year old was playing world class tennis in the biggest moments of the match. He overpowered Novak in a tight contest that lasted three hours and 21 minutes. It required both the physical and mental strength in order to emerge as a winner.

“I didn’t know how I’d win this tonight. I was just honoured to play against Novak, and happy to see him back on the tour. When I was young I tried to copy Novak because he was my idol,” Chung said.

Chung gave his best in the decisive moments of this breath-taking match, fending off 14 out of 19 break points he faced and breaking Novak’s serve six times from 10 chances to close the match in straight sets.

Djokovic fell 0-4 down, as he produced a series of double faults in his first two service games. He battled back to lead 6-5, but Chung clinched the opening set in tie-break after 68 minutes.

Ailing Novak received a medical timeout for treatment to the elbow injury that had kept him away from the sport for six months. The Serb recovered from an early break, but his inspired rival broke once again in the 12th game to seal the second set.

The duo traded breaks twice more in the third set. Nole was testing Chung’s nerve at 5-4, 0-30, but the Korean responded magnificently and forced a second tie-break. Novak fought back from 0-3 to level, but another great forehand winner put Chung 5-3 in front from which he never looked back.

“Congratulations to Chung and his team. Amazing. Amazing performance. He was a better player on the court tonight. He deserved to win, no question about it,” Novak said. “Whenever he was in trouble, he came up with some unbelievable shots, passing shots. Just from the back of the court, you know, he was like a wall. It’s impressive. I wish him all the best.”

“Today was one of those days where, unfortunately, it was too much to deal with. But I have to say I’m very grateful I had the chance to play. I played four matches here and it was a good tournament.”

It was Novak ‘s 950th Tour-level match. He was bidding to reach his 10th Australian Open quarter-final, and a 40th career Grand Slam quarter-final.

Chung will now face also a Grand Slam quarterfinal debutant, Tennys Sandgren, for a place in the last four, after the American upset no.5 seed Dominic Thiem in thriller.