Novak falls to Haas in Miami Masters 4th round 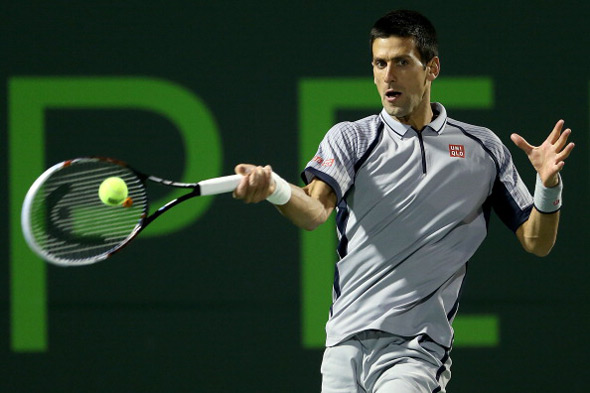 Novak was behind in the match from the fifth game. He struggled to find his rhythm, with a very low serve percentage in windy conditions on the Stadium Court at Crandon Park.

“There are days where you just don’t feel good on the court. Nothing really goes your way. This is one of those days,” Djokovic said. “I congratulate him. Definitely great tactics. He used the serve well, and he moved around the court really well. He was better. All the credit to him for making me play this bad. It’s definitely the worst match I have played in a long time.”

Novak was aiming to claim his third trophy in 2013, following victories at the Australian Open and the Dubai Duty Free Tennis Championships, and bidding to win the Miami title for the fourth time, after triumphs in 2007, 2011 and 2012.

The 25-year-old Belgrade native will travel to Boise, Idaho, for the Davis Cup by BNP Paribas World Group quarter-final tie, where he will once again lead the 2010 World Champions, Serbia, against USA on 5-7 April.

He will be backed up by Viktor Troicki, Nenad Zimonjic and Ilija Bozoljac.