Novak falls to Verdasco in the semifinals of Kooyong exhibition! 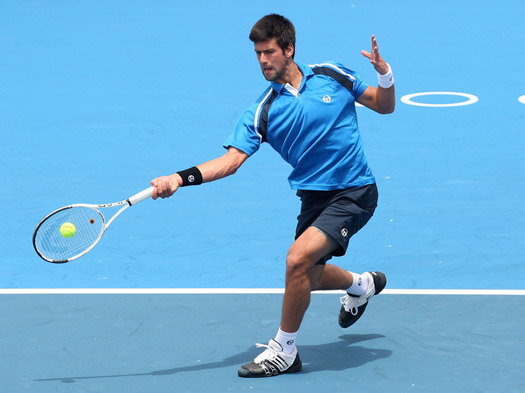 The best Serbian tennis player Novak Djokovic lost to world no.9 Spaniard Fernando Verdasco in straight sets 1-6, 2-6 in 52 minutes, in the semifinals of the “AAMI Classic” in Kooyong.

Novak made more unforced errors than in his great opening match at the tournament against Haas. Verdasco was dominating and was 5-0 up in the first set with two breaks. Djokovic managed to win a game, but lost the set 6-1 in 27 minutes.

The Spaniard broke Novak’s service twice in the second set too, in the first and fifth game to take it 6-2.

Verdasco will play against the winner of the match between Jo-Wilfried Tsonga and Juan Martin del Potro in the finals, while Djokovic will play the consolation match, to decide of the third and fourth places, against the defeated player.