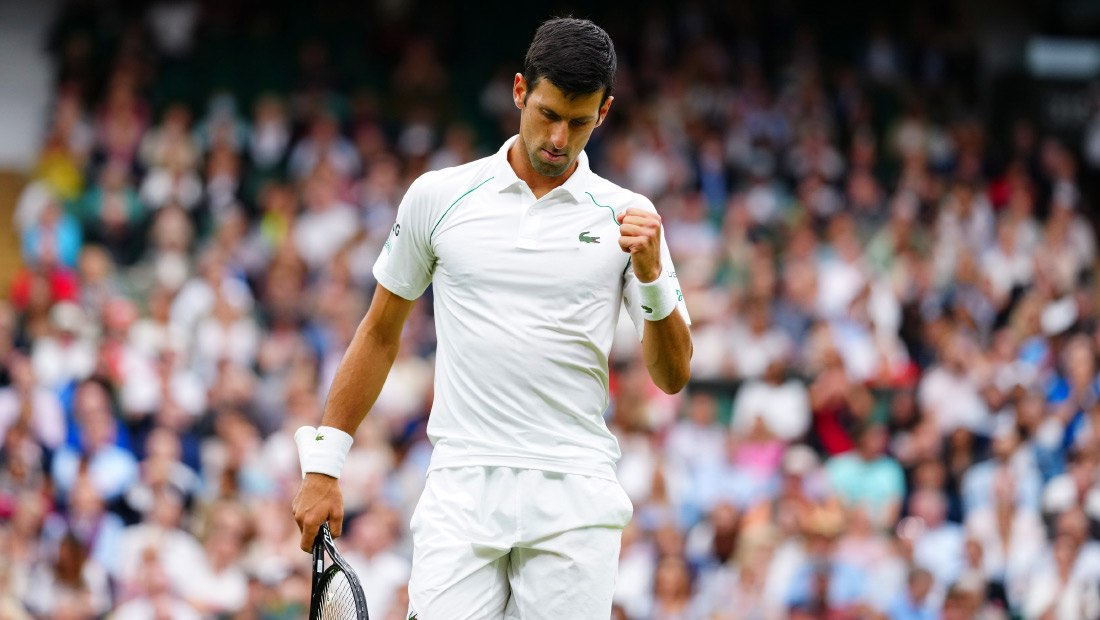 Novak fights back to beat Draper in Wimbledon opener

Defending champion Novak Djokovic defeated Jack Draper 4-6, 6-1, 6-2, 6-2 in the first round of the 2021 Wimbledon Championships on Monday.

British wild card claimed the opening set, but the top seed won the remaining three, breaking twice in each of them for his 15th consecutive match win on London grass.

The world no.1 lost 16 points total on his serve during the encounter on Centre Court that lasted exactly two hours, but it was a memorable debut for the 19-year-old.

“He definitely deserves a round of applause. A youngster, I think, only 19 … Walking on to the Wimbledon Centre Court for the first time, I think he has done extremely well. He carried himself very maturely on the court, he behaved well, he backed himself,” Novak said. “It feels great seeing everyone and being back on probably the most special, the most sacred tennis court in the world.”