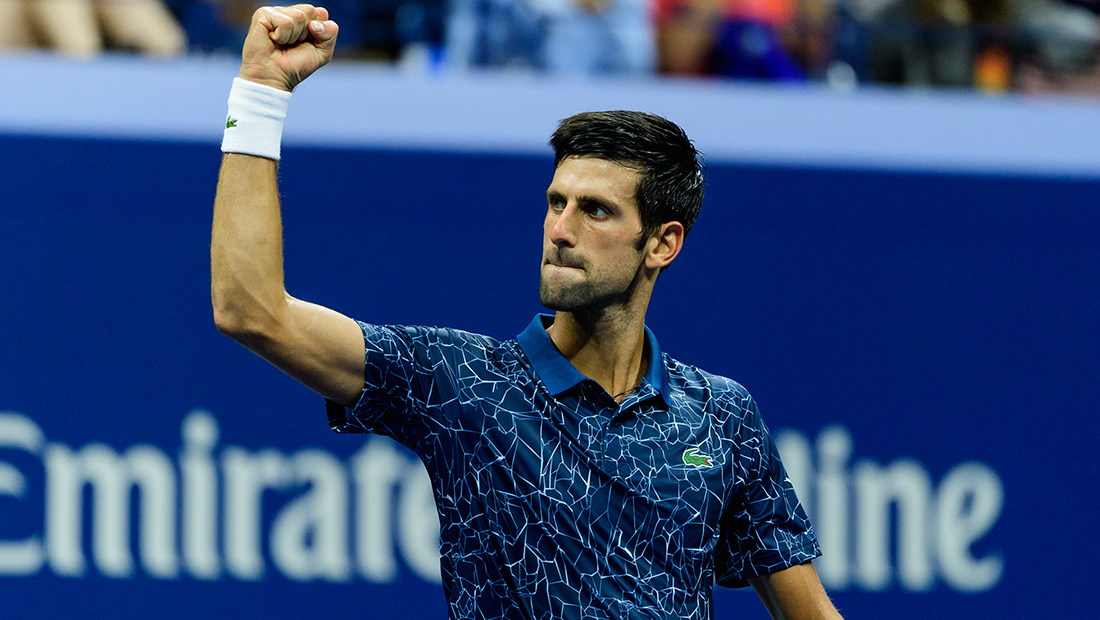 Novak fights hard to set up US Open SF against Nishikori

Nole is through to his 11th consecutive US Open semis!

Two-time former champion Novak Djokovic stayed on track for a third US Open title as he fought hard in every point to beat 55th-ranked John Millman 6-3, 6-4, 6-4 in a fiercely contested quarter-final on Wednesday night.

Novak prevailed in two hours and 49 minutes under the lights in Arthur Ashe Stadium, remaining undefeated in quarter-finals in Flushing Meadows.

The 13-time Grand Slam winner dictated play from the beginning. He broke his rival once in the first and second sets, but it was far from a routine victory, as the scoreline suggested.

Novak was seriously challenged by the unseeded Australian. After trading breaks in the middle of the third set, Djokovic covered the court well, playing with great depth and hitting with accuracy. The players endured long rallies and fascinating exchanges. Nole raised his game up to a higher level towards the end to break Millman’s serve again in the ninth game. He capitalised on his first match point to conquer the humid conditions as well as his tough opponent.

“I was really tested,” Djokovic said. “Credit to John, he put up a great battle. He’s had an amazing tournament and to come out and fight for three hours he deserves a round of applause. We were both struggling and trying to hang in there. There was a lot of sweating but you just need to survive. The conditions were not easy but it’s the same for both players.“

Djokovic, seeded sixth, goes on to face 2014 runner-up Kei Nishikori for a place in Sunday’s final.

The Japanese (#21 seed) outplayed no.7 seed Marin Cilic in five sets, avenging his final loss four years after their breakthrough runs to the championship match.

In the top half of the draw, defending champion Rafael Nadal (ESP, 1) takes on 2009 titlist Juan Martin del Potro (ARG, 3).